A film screening & conversation about gentrification and housing justice in Louisville 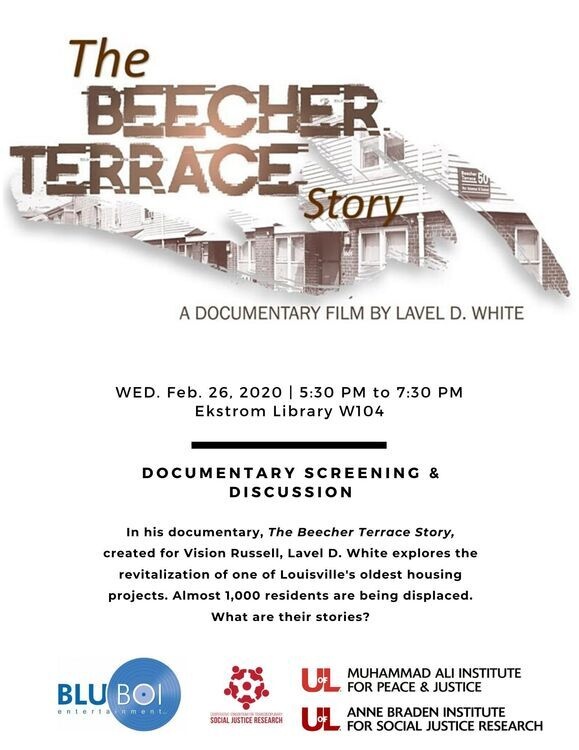 The Beecher Terrace Story was filmed and produced by Lavel White of Blue Boi Entertainment. The documentary was developed at the request of the Louisville Metro Housing Authority to ensure that this historic apartment site’s important role in shaping the Russell neighborhood and the city is not forgotten.

Over the last several years, Louisville Metro Government, LMHA, Russell stakeholders and numerous other partners have been working to transform the Russell neighborhood. As part of this work, Beecher’s obsolete apartment buildings are being demolished to make way for a new energy-efficient, mixed-income community. Since opening in 1939, Beecher Terrace has been home to thousands of families who were influenced by its strong sense of community.

The Beecher Terrace Story includes interviews with several former residents and neighborhood stakeholders who articulate the community’s rich history through their personal stories and anecdotes. The film also highlights the changes that have taken at the site over the decades, and the important role Beecher Terrace is playing in the future of the Russell neighborhood.