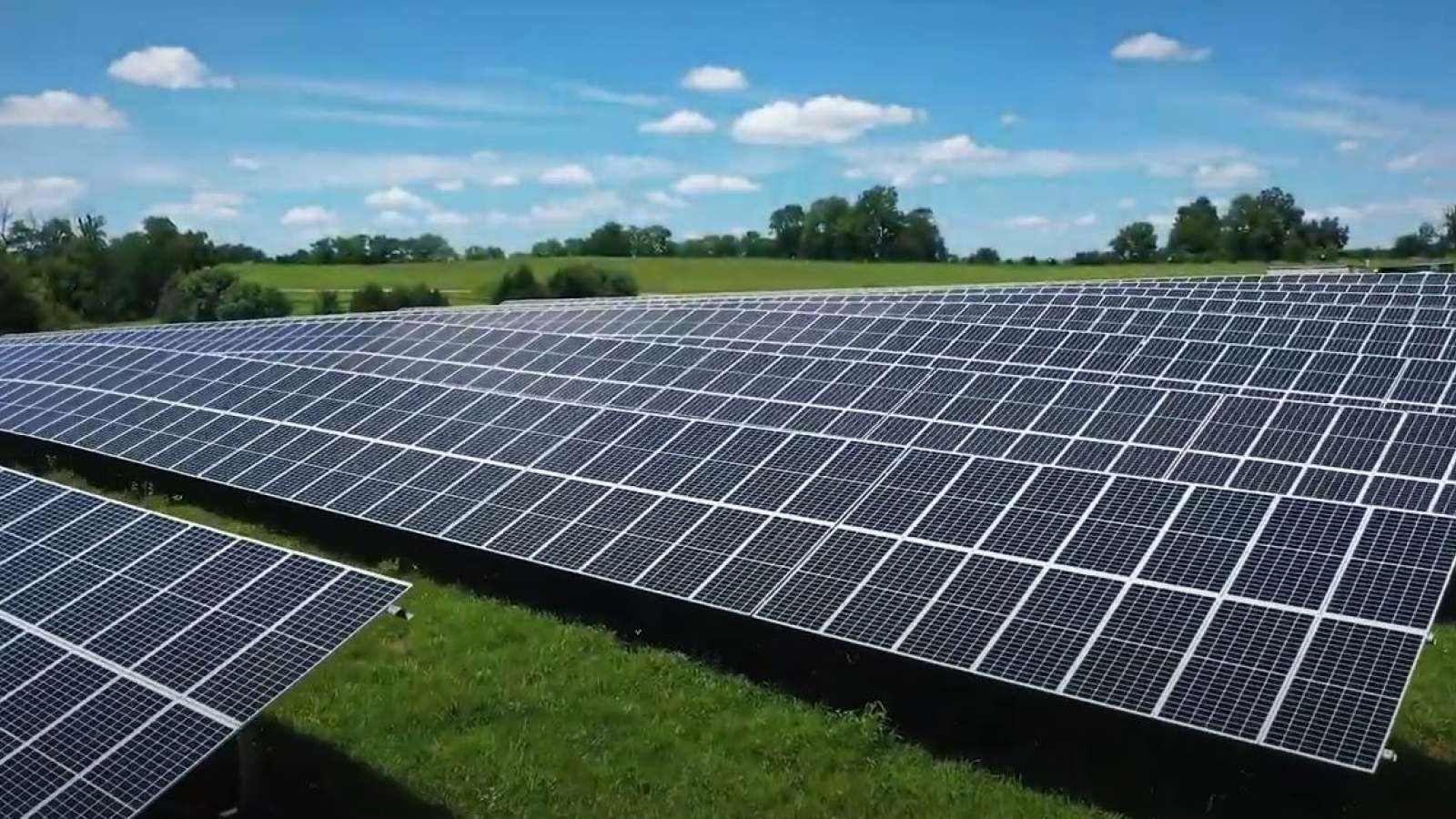 On October 13, 2021, Louisville Gas & Electric and Kentucky Utilities Company (LG&E-KU) publicly announced that it intends to construct a new 125-megawatt solar facility in western Kentucky to serve the needs of several large customers for clean, renewable energy. The University of Louisville is proud to be among these customers committing to a long-term investment in a sustainable, renewable future at a stable price, without pollution and fossil fuel extraction.

LG&E-KU filed with the Kentucky Public Service Commission contracts to provide renewable energy by 2025 to five major organizations in their service territories. The contracts with the University of Louisville, the University of Kentucky, North American Stainless, The Chemours Company and Dow will supply the entities with solar energy from a 125-megawatt solar facility to be constructed McCracken County, Kentucky, near Paducah.

The filing with the KPSC is made up of five separate renewable power agreements (RPAs) — one with each entity. The agreements are the result of each company’s participation in LG&E and KU’s Green Tariff Option 3. The offering is one of LG&E and KU’s ongoing efforts to move away from reliance on fossil fuels and offer renewable options for residential, commercial and industrial customers to help meet their various renewable energy goals. Approved by the KPSC in 2019, the utilities’ Green Tariff rolls the LG&E and KU Green Energy and Business Solar programs under one tariff and provides a third option — the “Renewable Power Agreement” — for customers interested in purchasing renewable power.

The contracts and the resulting solar facility continue LG&E and KU’s advancement of RPAs with major organizations that began in 2020; rank among the largest solar projects planned for Kentucky; and demonstrate a substantial commitment to sustainable energy by some of the commonwealth’s most prominent companies and educational institutions.

Based on the agreements, the utilities will supply UK with 44% of the facility’s energy output, the biggest portion of its generation. North American Stainless will be served with 36% output from the facility. The University of Louisville and The Chemours Company will each be supplied with 8% of the generation. Dow, which has already committed to receiving 25% of the energy output from a separate facility as part of a 2020 RPA, will receive 4% of the output from this newest facility.

“At the University of Louisville, we take seriously our commitment to integrate sustainability into everything we do,” said University President Neeli Bendapudi. “Through this contract, more than 30% of the energy at our Belknap Campus and over 15% of UofL’s total electricity demand will be met by solar power. This alone will cut our greenhouse gas emissions by another 9% from 2020 levels, advancing our efforts to shrink the university’s carbon footprint to zero by 2050.” UofL has contracted for an amount of electricity equivalent to that used by over 2,400 average U.S. households. By going solar, UofL will be keeping an estimated 13,294 metric tons of carbon pollution out of the atmosphere each year – that’s like taking 2,891 average cars off the road.

“This project is another example of the power of partnership to achieve goals that will not only benefit our institution but the Commonwealth we seek to advance,” said Eric N. Monday, UK’s executive vice president for finance and administration. “A priority for the University of Kentucky is continually finding more sustainable approaches to our energy needs. That benefits UK, but also benefits the state we serve as we seek, with partners, such as LG&E and KU, to create a sustainable energy future for Kentucky as well."

As part of a request for proposals issued in January, renewable power provider BrightNight was selected as the winning bidder. LG&E and KU will purchase the power to be provided from a solar facility BrightNight will construct near Paducah.

Costs associated with the facility are covered solely by the RPA participants receiving the energy through 20-year contract agreements. There is no cost to other LG&E or KU customers, who will not receive energy from the facility. The solar facility is expected to be completed and commercially available by 2025.

Together with parent company PPL Corporation, LG&E and KU have adopted a goal to reduce CO2 and other greenhouse gas emissions across its business operations to net zero by 2050 with interim targets of 70% reduction from 2010 levels by 2035 and an 80% reduction by 2040.