No grocery store in your neighborhood? Join forces to create one 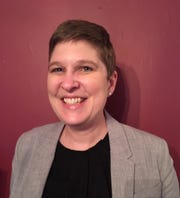 Ariana Levinson is a member of  the Louisville Association of Community Economics and is a professor at the University of Louisville Brandeis School of Law.

The resurgence in the Louisville business community’s interest in socially responsible companies is evident in the popularity of Canopy, a new initiative to foster businesses that do good as an integral part of their overall mission.

Cooperative economics is one way to foster economic development through businesses that do good in their communities. Cooperatives are owned by their users, whether workers or consumers. We’d like to share some information about cooperative economics and, particularly, its potential as a way to address food insecurity. Our hope is that members of communities that lack a grocery store will become active in the Louisville Association of Community Economics (LACE), which educates the community about cooperatives and is helping develop a community-owned grocery.

Cooperatives are businesses voluntarily owned and governed by the community that they serve. Individuals become owners by making a one-time equity investment. We have several examples of businesses that operate on a cooperative model that already serve our community, such as Falls City Community Bike Works and Mama’s Hip.

Cooperatives are growing around the city. The Full Stop filling station located on St. Catherine Street specializes in sustainable products like locally grown food and biofuel and runs on a cooperative model, allowing employees to have a say in how the business is run. The Smoketown Wellness Center is launching an initiative to open a home healthcare, worker-owned cooperative that would be the first to open in an ecosystem of worker-owned cooperatives. In Russell, cooperatives will play a role in the Place of Promise initiative.

Residents of Old Louisville, Russell, Smoketown, Shawnee and Portland are feeling the strain of the closing of five grocery stores within the last three years. Residents in these neighborhoods have to travel for fresh and healthier foods that are affordable. The problem does not stop there. Many people in these neighborhoods lack transportation to the remaining stores. They are dependent on public transportation or must shop at a place they can get to by walking or bicycle.

Kaitlyn Smith is a graduate student in geography at the University of Louisville.

New Roots Fresh Stop Markets are an example of cooperative economics alleviating food insecurity. Fresh Stops are located in the Old Louisville, Portland, Shawnee, Russell, Sun Valley, Berrytown, Chickasaw and Smoketown neighborhoods. Members pool their money based on sliding-scale contributions to buy fresh produce from local farmers and pick it up every other week. Pooling funds (including SNAP and WIC) enables members to purchase healthy food that would otherwise be unavailable to people who are unable to pay, or could pay only a small amount.

LACE is an all-volunteer non-profit that was formed in 2016. LACE promotes community-owned enterprises, initially focusing on a grocery which improves healthy food access, supports social interaction within a diverse community, and builds neighborhood wealth. The Louisville Community Grocery will operate on a cooperative model. By paying an affordable sliding-scale fee, consumers and workers will become owners of the store.

The grocery will complement Fresh Stop Markets by operating year-round and providing meat and pantry staples as well as produce. The grocery will promote community wealth via ownership, income and jobs, and by sourcing some products from local farmers and local businesses.

LACE hopes to avoid gentrification with this cooperative model because neighbors of all income levels will be owners of the business. Moreover, in a cooperative business revenue stays in the community rather than going to a corporate headquarters in another state, as with a traditional grocery store.

Are you a member of a community that lacks a grocery? Join LACE and become active in one of its committees: Community Outreach, Market Research and Real Estate, Governance and Membership, and Finance & Fundraising. If you support this vision for a community-owned grocery store, sign up to volunteer at community events to spread the word and ask others to complete a survey about food shopping habits. By volunteering with LACE, you have the opportunity to get involved with other community members who believe healthy food should be accessible for all. If you are interested in volunteering with LACE, please visit the website at: loufoodcoop.com or call 502-354-8238.

Are you a philanthropist? LACE is seeking funding to cover legal fees, a business plan, and a project manager.

Source: No grocery store in your neighborhood? Join forces to create one (Courier-Journal, Jan. 10, 2019)