Cut costs with the Cardinal Cupboard

The University of Louisville has now joined the ranks of other Kentucky universities in offering a student-run food pantry. The Cardinal Cupboard is set to open Jan. 31.

For recently graduated co-founder Erin Kurtz, the idea of starting U of L’s first food pantry began while working at the Campus Free Store.

“There was rarely food in there,” Kurtz said. “When there was food, it was taken quickly. Some students would come into the store asking about food, but we didn’t have any.”

“It was clear to me that there was a need here that wasn’t being fulfilled.”

Kurtz said she discovered that plans for a food pantry on campus had been in the works for some time. It needed student involvement to get the proposed pantry actually running though.

“It took about a year since I started getting involved with the project, but we finally got it started,” Kurtz said.

Having backgrounds in sustainability, Kurtz and her co-founder Henny Ransdell began the U of L Food Recovery Network in January 2018.

Initially, the network worked as a means to prevent food waste around campus.

“We were able to better understand how much food was wasted on campus, and how much of a food shortage there was in our community,” Kurtz said. “In one year the Food Recovery Network has collected 1,938 pounds of food that would have been thrown in the trash or composted.”

Kurtz was able to calculate that this much recovered food from campus would equate to about 1,491 meals. She said this could serve someone for over 3 years.

Once the pantry opens its doors at the end of the month, it will be open to any who need its services.

“There is no need for ID, proof of need or a limit to what one can take. We want this to be a judgment free space, and we don’t want to make anyone feel stigmatized for their need. People can come in and take what they need,” Kurtz said.

The food pantry’s staff is all volunteers, so its hours of operation depend upon their own schedules.

“As of right now, I believe we have about 30 people interested in helping to keep the pantry open. We will likely be open Monday-Friday, but that is subject to change,” Kurtz said.

Donations to the Cardinal Cupboard can be dropped off at the pantry, in SAC room W303C, while its open or at donation bins outside the pantry. 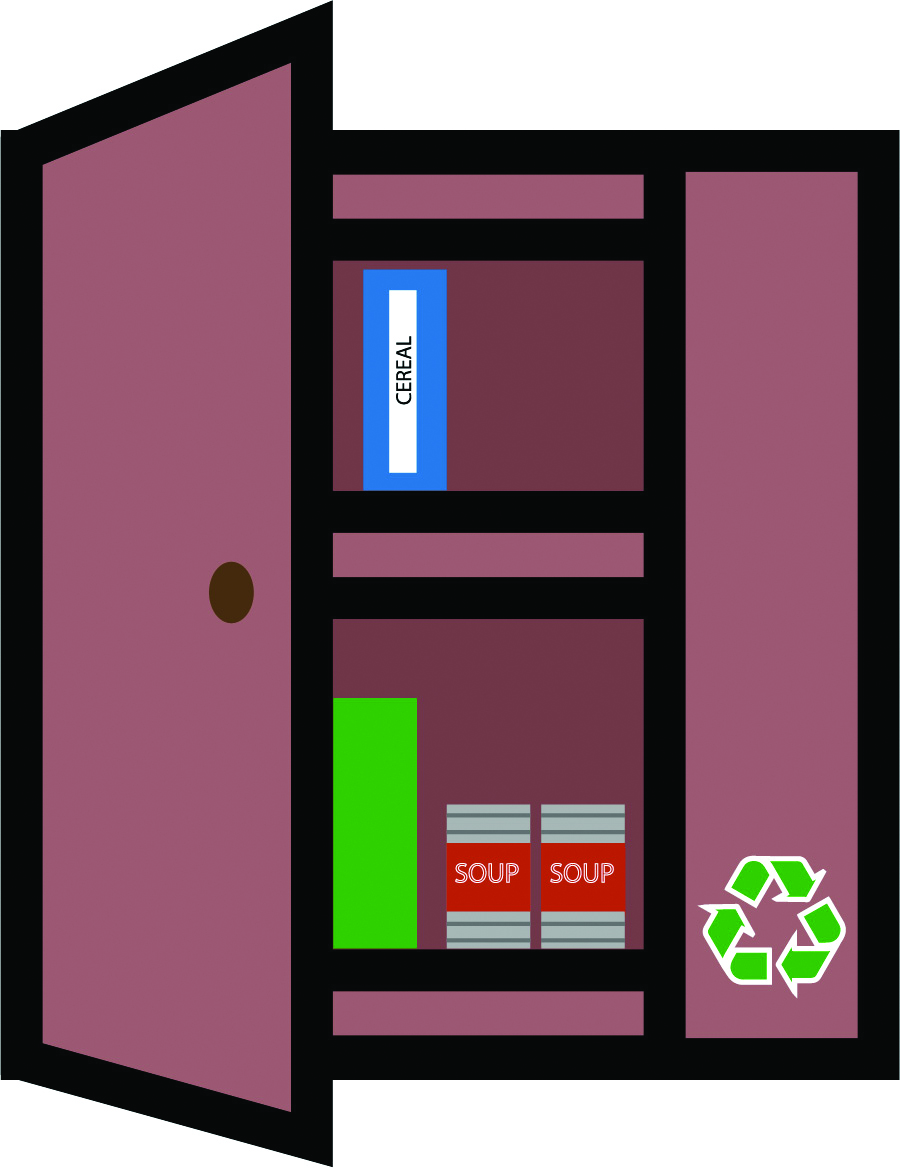