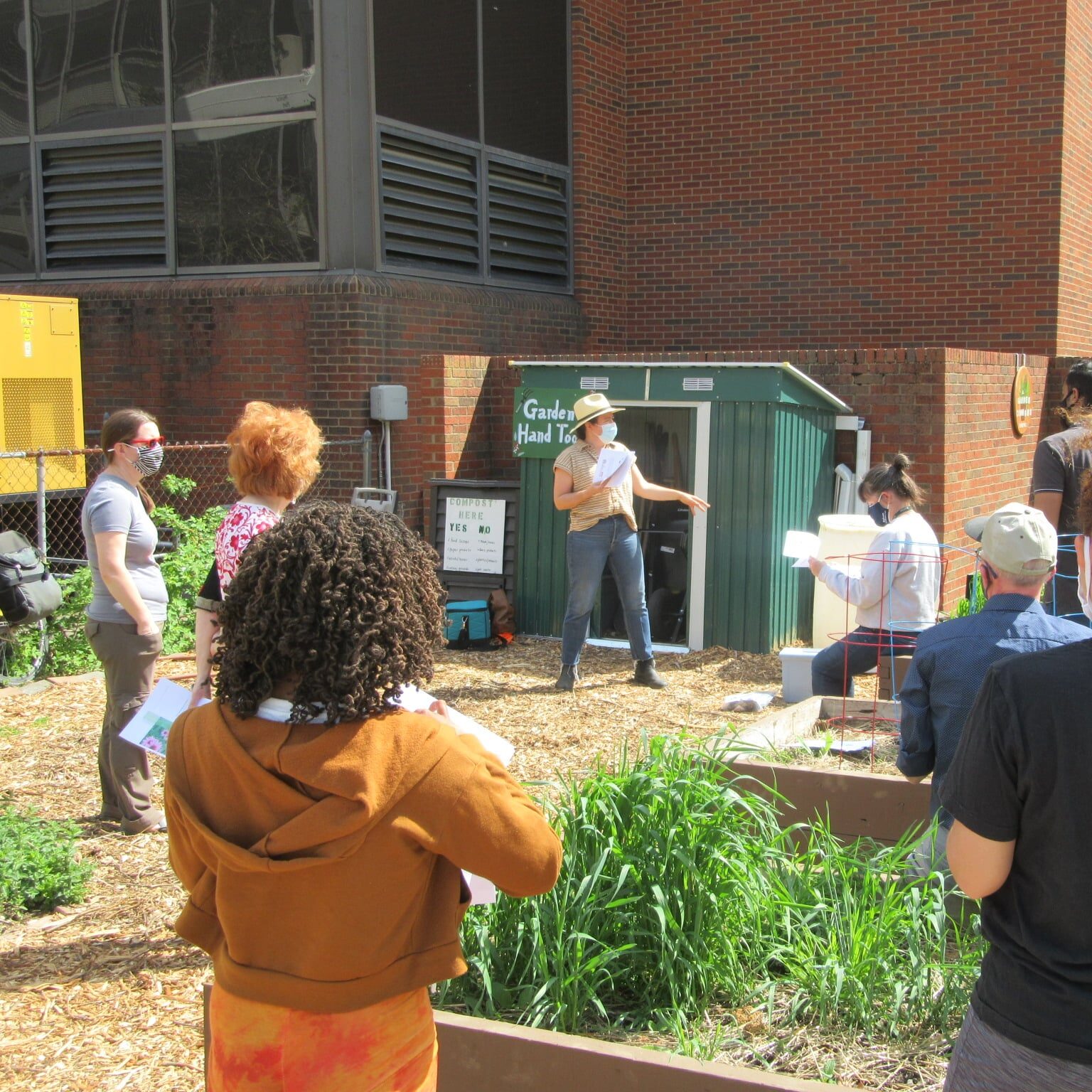 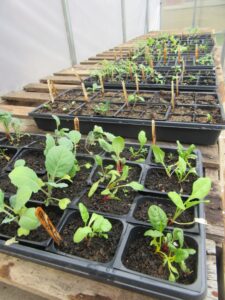 Greenhouse plants, located near the Urban and Public Affairs Building

Located near Strickler Hall and the Speed Art Museum parking garage, you can find large wooden boxes containing sage, oregano, chives, cilantro, dill, and mint. Spinach, kale, collard greens, and swiss chard are supposed to be ready to harvest later this spring at a greenhouse located near the Urban and Public Affairs building (possibly some leeks, onions, garlic, and green onions, too- depending on how the starts do).

What I’m referring to is the Garden Commons, an area of U of L focused on food justice. “We want to ensure that everyone in our community, regardless of their association with U of L (or lack thereof), has access to an abundance of fresh, healthy, locally grown food,” Garden Commons intern Grace Engleman told me. She and Olivia Delano are the 2021 Garden Interns, maintaining the gardens by planting seeds/starts, preparing the raised beds, and (most importantly) running monthly workshops and weekly workdays.

“We want to ensure that everyone in our community, regardless of their association with UofL (or lack thereof), has access to an abundance of fresh, healthy, locally grown food,” Delano explained. Food apartheid is a big issue across Louisville, due to the income inequality and lack of options between neighborhoods like St. Matthews (predominantly white) and Russell (predominantly black). “Not only are there significantly fewer grocery stores (in lower-income communities), but the ones in these neighborhoods are considerably less well-stocked, with far fewer options in the produce sections and lower-quality produce,” she explained. 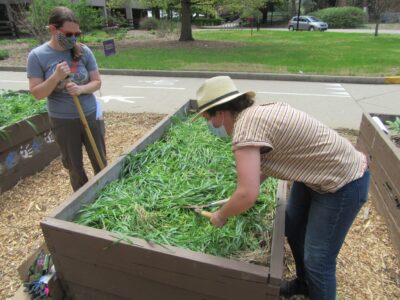 The Garden Commons aims to be another option for anyone throughout the area who struggles to get organic variety in their diet.

They pointed out Shauntrice Martin’s Bok Choy Project for Root Cause Research Center to demonstrate the ubiquity of food apartheid in Louisville, comparing produce sections in Krogers throughout the city and analyzing these discrepancies in relation to these neighborhoods racial demographics. 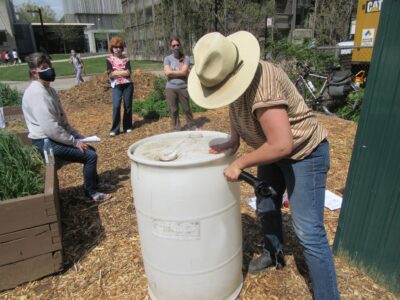 “I think we had more squirrels eating our tomatoes than people! I want to emphasize that ANYONE—students, faculty, and people with no affiliation with UofL whatsoever—is welcome to come to the Garden Commons to harvest fresh herbs, vegetables, and fruit,” Engleman said.

The pandemic hasn’t held them back either- while they no longer share any prepared food, their regular programming hasn’t stopped. They’ve had workshops that include maple tapping (back in January) and most recently rain barrel making (April). Their next workshop is June 4th at noon, which is serviceberry foraging. later this summer attendees will be able to harvest local produce including raspberries, melons, tomatoes, and peppers.

Myers Hall, former UofL School of Dentistry, saved from demolition for redevelopment into apartments
May 06, 2021

Interview: What the Pandemic Taught us about Sustainability
May 03, 2021