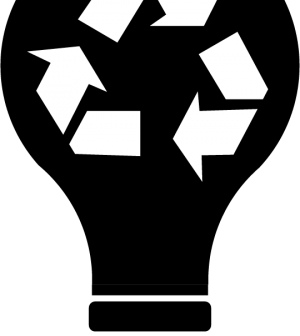 The University of Louisville Sustainability Council proposal to become a Commission was denied Sept. 26.

With commission status, the Sustainability Council would receive more funding to support U of L’s Climate Action Plan (CAP) and connections with president Neeli Bendapudi and other administration offices across campus.

The CAP was created in 2010 and signed into effect by former president James Ramsey as part of his presidential climate commitment.

The plan set a concrete goal for U of L to be carbon neutral by 2050. The plan also provides funding for student programs, like the Earn-a-Bike Initiative and student sustainability interns.

The budget for the CAP has been cut twice since 2017.

Assistant to the Provost for Sustainability Issues Justin Mog said the plan has had minor success in acquiring outside funding, such as the funding received for the Zero-Waste Internship through Republic Services and WestRock Recycling. He said he believes a long-term solution to funding issues can be solved with student support and Student Government Association involvement.

U of L sustainability major Abigail Griggs created a petition in support of the proposed commission and funding to the CAP.

Griggs said the petition started as a way for her to get people talking and asked signators to speak with one voice.

“By signing this petition, you are voicing that we, as university and community, will not accept President Bendapudi’s decision, and we demand that the annual commission be restored,” the petition first read.

The petition has since been updated, now with official support from the Sustainability Council and the SGA. Griggs said although the content has been changed and formalized, the goal is still the same.

The petition now reads: “By restoring funding to the UofL Sustainability Council, we would be advocating action that would improve and preserve the social, economic, and ecological well-being of Louisville and its surrounding areas for current and future generations, including the students, faculty, and staff on our campus.”

Griggs and her collective Sustainable Societal Systems class created a group statement in support of the council and increased funding, saying sustainability is an essential link to fostering healthy social, economic, environmental growth and claims.

“Without an increased conscious effort to develop and harmonize in these areas, we can expect extreme consequences in the destruction of our society and/or the planet we inhabit,” the statement said.

The class is collectively calling for action now, suggesting that future support may come too late and is asking for approval of the commission, saying “this is a chance to take a step forward on a path toward harmonizing, healthy growth and development.”

University spokesperson John Karman said the president’s office is reviewing all university programs, and the possibility of a sustainability commission may be revisited.

“The university has a longstanding commitment to sustainability that continues under Dr. Bendapudi. The university recognizes the important work of the council and could reconsider commission status in the future,” Karman said.

Karman also said the CAP budget was decided before Bendapudi came to U of L, and sustainability programs are taking the same hit to their budgets as every other U of L program.

“Because the provost’s office had to take a 5 percent cut like everyone else this summer, there is no money to restore it,” Karman said.

As the decision to shrink funding and deny commission status to the Sustainability Council sparks discussions about the university’s commitment to sustainability, the council is presenting U of L’s Sustainability week, which spans from Oct. 18-26 and offers daily events promoting environmental, social and economic justice on campus.

Mog said although the council is dismayed at the decline of commission status and funding, he’s glad people are taking an interest.

“It is very encouraging to see students, faculty, and staff organizing in support of U of L’s Climate Action Plan and sustainability initiatives,” Mog said.

Mog said he hopes the administration will revisit their decisions soon.

“This is no time to shunt sustainability and climate action aside as a marginal issue that, perhaps, we’ll prioritize sometime down the road,” Mog said.

“Now is the time to build on our progress in sustainability to make U of L an even better, more attractive, more responsible place to work, study and invest.”