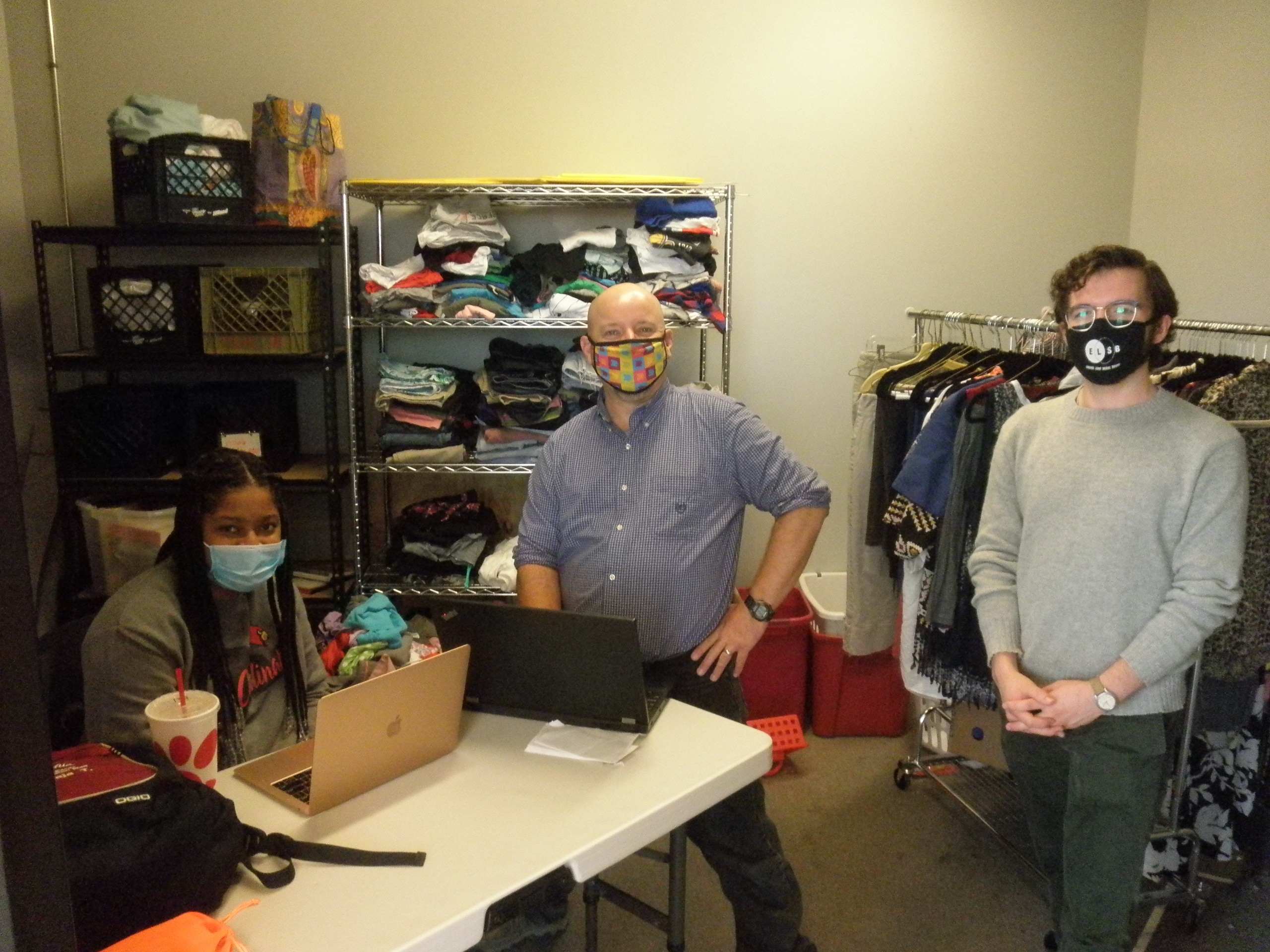 Following up from the University of Louisville’s “Sustainability Week,” which featured activities and groups all across campus promoting sustainable practices and workshops, a new pop-up shop is now a permanent addition to campus: The U of L “Free Store.” Open every Monday, Wednesday and Friday in the SAC (W303C, through the double doors) from 11 a.m.-1 p.m., students can go shop around for all kinds of donated clothes, shoes, trinkets and electronics.

The Free Store was started a few years ago by former Zero Waste interns to have a space on campus that helps limit the number of items that end up in landfills and to provide free goods for students and faculty. Interns Rachel Mudd and Jacob Foushee deem Justin Mog, the Assistant to the Provost for Sustainability Initiatives, a “sustainability guru” in terms of helping them organize the store.

“‘Zero-waste’ is kind of a strong word,” Mog said when describing the initiative. “Basically our free store student staffers campaign for a reduction in waste and aim to try and stop clothes and other items from ending up in landfills.”

Similar to Goodwill, students can bring in items as donations for others to shop through, and there’s no money exchanged. “As far as screening, things are sorted and checked, but if they’re damaged or dirty we usually take them somewhere else. But we will take pretty much anything, excluding baby to youth clothing,” they said.

And it’s an admittedly small space. But that small space represents a much greater goal.

According to a recent NPR article, donation-based stores like Goodwill threw out around 13 million pounds of waste last year. U of L was recently called Kentucky’s top school for sustainability according to Sierra Magazine, most notably exceeding its 2020 carbon emissions goal by reducing them 35 percent. According to the Post-Landfill Action Network (PLAN), the university has a Zero Waste score of 58.2 percent (other campuses that work with PLAN average around 40-50 percent). The hope is that with better signage/promotion, the Free Store can grow to contribute more to the report and U of L’s overall sustainability efforts.

On the last Tuesday of each month, the Free Store moves to inside the Red Barn for a public “Free Sale.” If you would like to make donations, there is a bin at the bottom of Unitas Tower, tentatively getting relocated to the SAC.