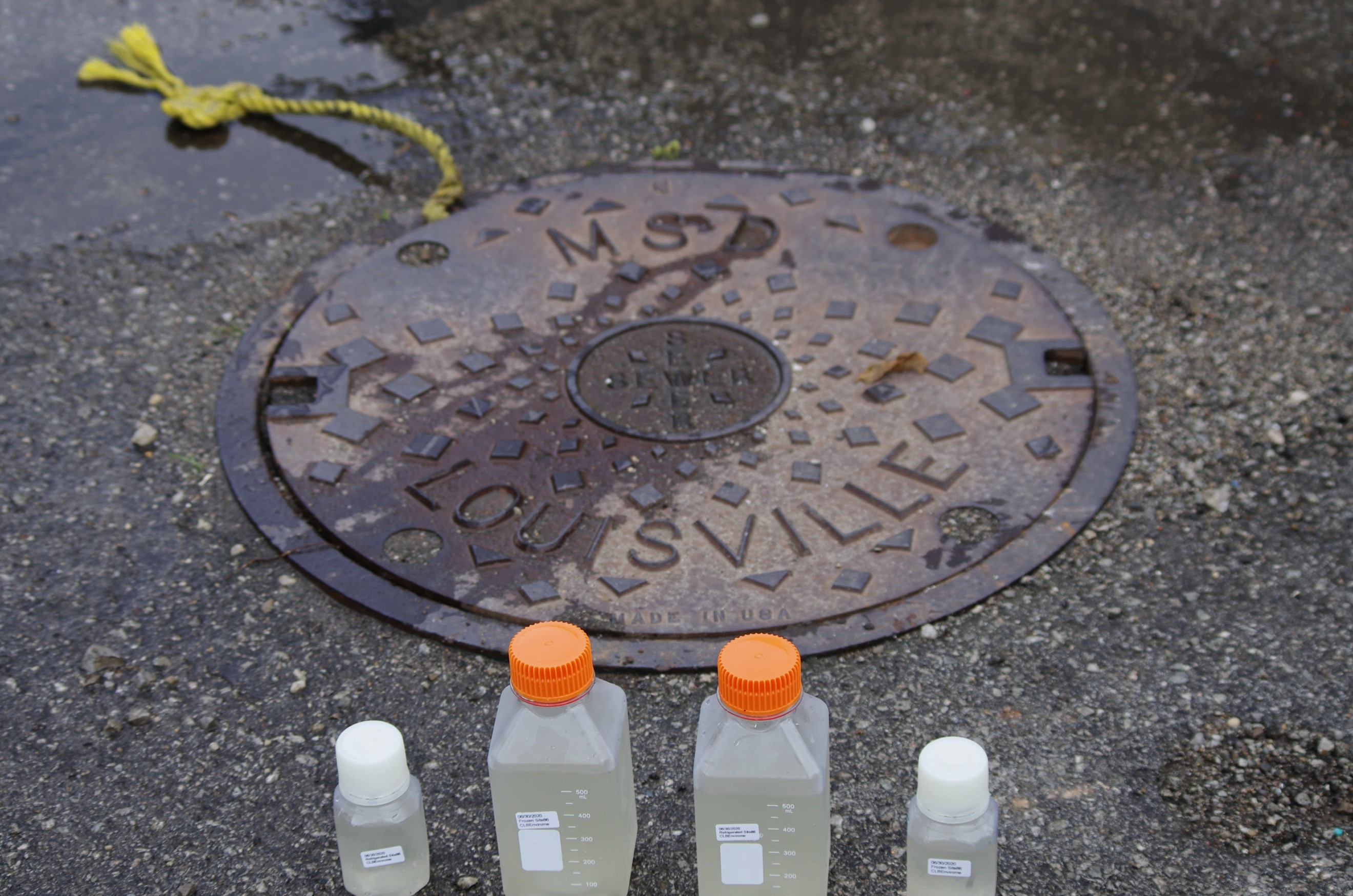 Learn more about the water study that is a part of UofL's Co-Immunity Project here.

"After months of tracking the virus behind COVID-19 in Louisville's wastewater, some researchers are turning their attention to local streams to see if the city's surface water also shows signs of SARS-CoV-2.

While their findings don't appear to show a risk of coronavirus infection from waterways, they do show the ways in which the city's aged sewer system lets the remnants of human waste flow into popular recreation spots.

The University of Louisville's Co-Immunity Project, a part of the Christina Lee Brown Envirome Institutethat's tracking COVID-19, worked with the Kentucky Waterways Alliance to check for the virus behind the ongoing pandemic in two parts of Beargrass Creek: near Big Rock Park and Cherokee Park and off Newburg Road.

There, they discovered "fragments" of SARS-CoV-2, as well as other remnants of viruses commonly found in human waste, Envirome Institute researcher Dr. Ted Smith said. The culprit behind the contamination? Sewage runoff that's common from older sewer systems such as Louisville's.

While those leftover pieces of virus aren't thought to be able to infect anyone with COVID-19, Smith said, they are still of concern to researchers.

"In cities where our sewer systems are combined with stormwater and human waste, where those systems are not containing that waste to be going to treatment, there's a real reason to be concerned, and there is reason for action," he said.

"(The Louisville/Jefferson County Metropolitan Sewer District) is conducting the largest infrastructure project this city has ever done," he said, referring to MSD's renovations of the city's water systems.

In the meantime, U of L professor Tamara Sluss, who helped lead the research into COVID-19 traces in surface water, recommends taking steps to avoid exposure to water that's potentially contaminated by checking MSD's website for overflow advisories before getting in streams or waterways.

Testing water has been part of Louisville's arsenal for tracking COVID-19 for months.

Over the summer, MSD provided wastewater samples to U of L researchers from treatments facilities and pipes around the city. U of L worked with Arizona State University to test for genetic material related to the virus.

Researchers continue to look at wastewater from around Jefferson County, pulling samples one to two times a week from 12 "zones" and MSD's five treatment centers.

That information continues to show COVID-19 is in all of Louisville's communities, Smith said, and could be of particular use in the coming days and months for tracking the effectiveness of vaccine distribution in different neighborhoods.

Numerous communities have started testing wastewater as a means of trying to pinpoint COVID-19 outbreaks, and the U.S. Centers for Disease Control is "currently developing" a database, the National Wastewater Surveillance System, to aggregate results from around the country.

Smith said the Louisville team is working with the CDC to include its results.

Kentucky has now seen 330,907 cases of the coronavirus since the pandemic began in March, with 2,250 new cases reported Tuesday. The state's positivity rate is 11.55%.