“A tale of the horrors caused by capitalism and how it empowers people into other avenues of corruption.”—Kambole Campbell, NME

Dark Waters is inspired by a true story of one man—Rob Bilott—and his decades-long battle against big chemical companies who have been poisoning us and our communities.

Bilott, a tenacious attorney (played by Mark Ruffalo), is approached to take on a case by farmers who believe that PFAS, also known as Forever Chemicals, were dumped by DuPont in a nearby landfill destroying their fields and killing their cattle. While trying to expose the truth, he soon found himself risking his future, his family, and his own life. Co-starring Anne Hathaway, Tim Robbins, and Bill Pullman. 2019, U.S., DCP, 126 minutes. Rated PG-13.

Bilott will be signing copies of his book Exposure: Poisoned Water, Corporate Greed, and One Lawyers’ Twenty-Year Battle Against DuPontfor sale in the Speed Cinema lobby before and after the event. 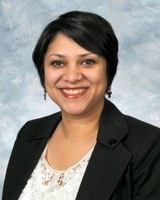 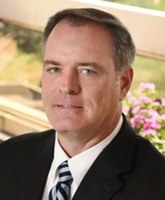 Robert A. Bilott, Esq. and author of “EXPOSURE”; book signing & panelist. Rob is a partner in the Cincinnati and Northern Kentucky offices of the law firm, Taft Stettinius & Hollister LLP, where he has practiced in the Environmental and Litigation Practice Groups for over 31 years. During that time, Rob has handled and led some of the most novel and complex cases in the country involving damage from exposure to per- and polyfluoroalkyl substances (“PFAS”), including the first individual, class action, mass tort, and multi-district litigation proceedings involving PFAS, recovering over $1 billion for clients impacted by the chemicals. In 2017, Rob received the Right Livelihood Award, known as the “Alternative Nobel Prize,” for his decades of work on behalf of those injured by PFAS chemical contamination. Rob is the author of the book, “Exposure: Poisoned Water, Corporate Greed, and One Lawyer’s Twenty-Year Battle Against DuPont,” and his story is the inspiration for the 2019 motion picture, “Dark Waters,” starring Mark Ruffalo as Rob. Rob’s story and work is also featured in the documentary, “The Devil We Know.” Rob is a 1987 graduate of New College in Sarasota, Florida, and a 1990 graduate of the Ohio State University Moritz College of Law. Rob also serves on the Boards of Less Cancer and Green Umbrella and is frequently invited to provide keynote lectures and talks at law schools, universities, colleges, communities and other organizations all over the world. Rob is a fellow in the Right Livelihood College, a Lecturer at the Yale School of Public Health, Department of Environmental Health Sciences, and an Honorary Professor at the National University of Cordoba in Argentina. Rob also has received Honorary Doctorate Degrees from both Ohio State University and New College. 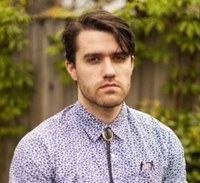 Award-winning filmmaker Elijah Yetter-Bowman grew up in Wilmington, North Carolina as a curious problem solver, always blending arts with sciences. While producing films, Elijah also helps out on the ground: for example working in the Leibfarth Polymer lab on water remediation technology and briefing with NC Attorney General Josh Stein on urgent issues of public health. They attended UNC Chapel Hill to pursue a path in healthcare by studying philosophy and chemistry. Recognizing a lack of creative communication for complex issues, they founded Ethereal Films to help solve dire problems through storytelling and impact campaigns. Ethereal Films partners with several organizations and organizers to push for substantive changes. Partners include the Natural Resources Defense Counsel (NRDC), the Southern Documentary Fund (SDF), NC NAACP, the Cape Fear River Watch, and more.

Sammy Bauer is an environmental educator and professional science communicator. She is also a producer for Ethereal Films, working on Angel of Alabama and GenX: A Chemical Cocktail. She enjoys empowering folks from all walks of life to help solve big, complicated problems. Prior to pivoting into non-formal education, Sammy taught 6th grade Language Arts and Social Studies in Warren County, North Carolina. Sammy has a bachelor’s degree in Communications and a Master of Public Administration (MPA) from the University of North Carolina at Chapel Hill. She spends the bulk of her time teaching folks how to protect local waterways from pollution. If you ask her about creek critters, rock climbing, or hotdog toppings, she will get very excited.

Jamie Lynn Young, Ph.D., is an Assistant Professor of Pharmacology and Toxicology in the School of Medicine at the University of Louisville. Using a One Environmental Health approach, Jamie’s research integrates human, animal and ecosystem health to gain insight into how environmental contaminants such as heavy metals and per- and polyfluoroalkyl substances (PFAS) contribute to disease. Currently, Jamie is working with the Kentucky Academy of Sciences to create a “PFAS video series” to provide resources to help scientists, policy makers, students and the general community understand PFAS basics, including their history, where they come from, how we are exposed, how to avoid them and what the local and federal policies are. 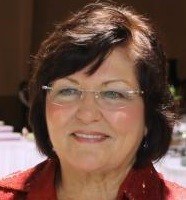 UNA at U of L Campus Chapter

UNA Women at U of L Campus Chapter

AAUW at U of L Campus Chapter