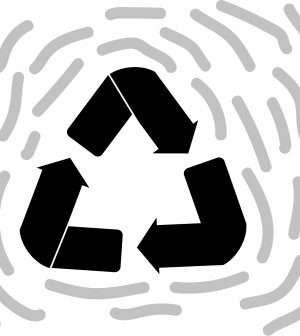 As the University of Louisville plans President Neeli Bendapudi’s inauguration, the Sustainability Council hopes for renewed enthusiasm and commitment to sustainability.

U of L’s plan called for the school to reduce carbon emissions 20 percent by 2020. However, the budget for the plan has been cut since 2017. Justin Mog, Assistant to the Provost for Sustainability Issues, believes that the University will not meet the goal without a new commitment from the president.

Budget cuts have affected more than just the Climate Action Plan. Popular promotions like the Earn-a-Bike program that allowed students, faculty and staff to trade in parking spots for local bike store vouchers were canceled.

Moving forward, the council hopes that despite budget cuts, U of L will continue to lead the way in sustainability. Mog wants sustainable thinking to be an integral part of the University’s future and decision making. The new Belknap Academic Building has solar panels, and the council has given Bendapudi a proposal to transition the Sustainability Council into a “Presidential Commission on Sustainability” that will directly report to the president.

This would give the council direct funding and increased publicity. The commission would join the existing Council on the Status of Women and the Council on Diversity and Racial Equity.

Creating an official Sustainability Presidential Commission could be an opportunity for the University of Louisville to once again lead Kentucky in green thinking. The council was created in 2008 when former President Ramsey signed a President’s Climate Commitment.

In 2017, UofL became the first school in Kentucky to offer degree programs in sustainability. The program focuses on three pillars of sustainability. Mog described them as finding a balance between people’s needs and happiness, economic security and climate change concerns.

Beyond reaching their goal of 20 percent carbon reduction, the council has long-term goals of reaching carbon neutrality by no later than 2050.

As the council waits to see how the new president will lead the university in sustainability, it is also preparing for an annual ranking on the university’s achievements in environmentalism, waste reduction and campus awareness. They are gathering STARS, or Sustainability Tracking, Assessment, and Rating System data, to enter an annual ranking competition between participating colleges.

The Association for the Advancement of Sustainability in Higher Education and the Sierra Club will process all entries. The ranking is done every year, but the University only gathers STARS, a time-consuming process, every three years. The last time U of L gathered STARS, the university was named 43rd out of 202 colleges as a “cool school” focused on meeting and exceeding standards of guiding students, administrators and alumni on commitments to environmentalism while reducing waste and greenhouse gas emissions.

The new ranking, to be announced in 2019, may shine a light on how the University of Louisville sustainability initiatives are weathering in a time of uncertainty. The council believes students have the power to help create change.

“Do what you can; ask questions,” Kurtz said.

UofL students spread their wings during a summer of science
Aug 06, 2022