Emily Bingham, My Old Kentucky Home: The Astonishing Life and Reckoning of an Iconic American Song 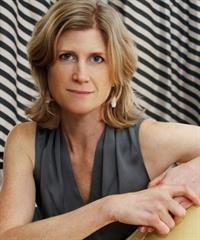 Historian Emily Bingham traces the origins and permutations of the state song, from its performances across the continent beginning in the 1850s, through its widespread international renown as the state's "brand," to its 21st-century reassessment--a resonant changing emblem of America's original sin whose blood-drenched shadow haunts us still.

This is a UofL Sustainability Week event!