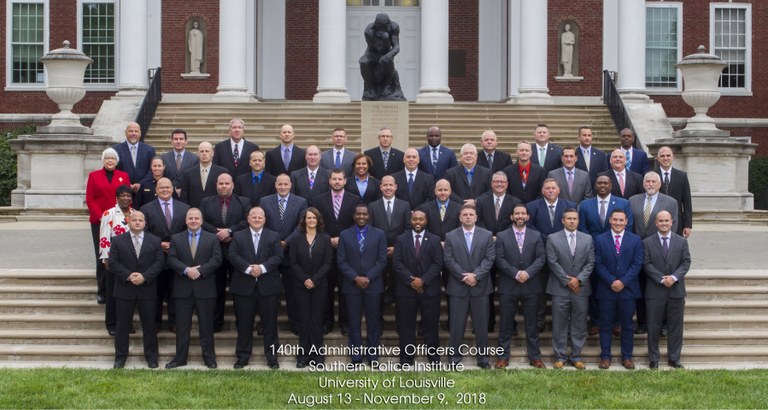 Congratulations to the graduating class of the 140th Administrative Officers Course! Our graduates represent commanders from 36 agencies in 17 states from two countries (USA and Antigua & Barbuda).  They came as strangers and are leaving as part of a strong network of friends and colleagues.

Award Recipients of the 140th Administrative Officer's Course
Given November 8, 2018