Congratulations to the Graduating Class of the 136th AOC! 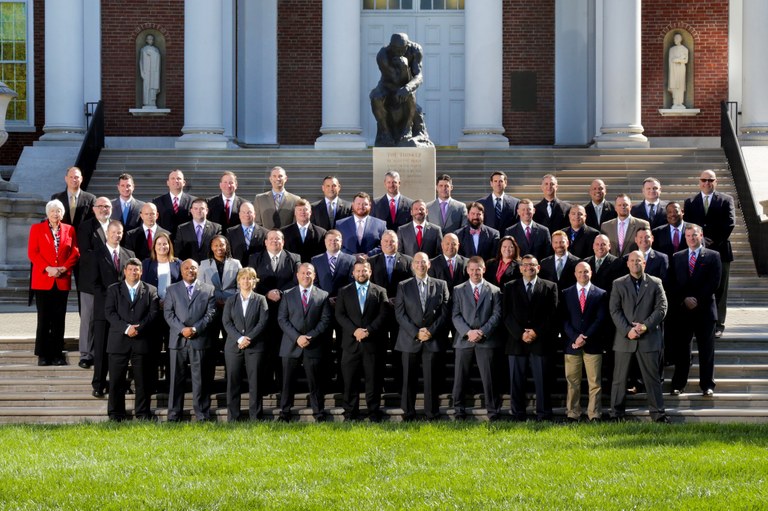 Congratulations to the graduating class of the 136th Administrative Officers Course! Fourty-five officers representing thirty-eight agencies from sixteen states graced the stage of The Playhouse here at the University of Louisville on November 3, 2016, to receive their diplomas. We have enjoyed having you all here over the past 12 weeks and can't wait to see what future accomplishments you all achieve!

Award Recipients of the 136th Administrative Officer's Course
Given November 3, 2016

B. Edward Campbell Award For Outstanding Service
The B. Edward Campbell Service Award is given by the Southern Police Institute. This award is for "meritorious service to fellow Law Enforcement Officers of the 134th Administrative Officers Course by Demostrating Leadership and Commitment to the Shared Goals and Objectives of the Southern Police Institute."