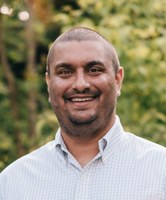 Professor Mark Alan Mattes has been awarded a Lillian Gary Taylor Fellowship in American Literature from the University of Virginia, which he will take alongside a recently received fellowship from the International Center for Jefferson Studies at Monticello this July. Mattes will conduct research on Indigenous archives represented in colonial texts such as Thomas Jefferson's Notes on the State of Virginia, and he will deliver a presentation based on this research on July 19.

Also, Mattes has just published two essays: Colonial Prehistories of Indigenous North America in Ohio Valley History and Toward an Archaeology of Manuscripts in Eighteenth-Century Studies.