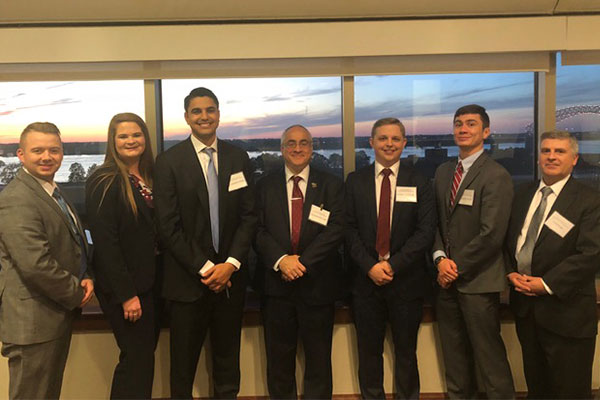 Louisville Law's ABA Student Division arbitration team made it to the semi-final round in its regional competition, placing it in the top four teams out of 12 law schools competing.

"They worked really, really hard," Lawrence says of the team. For six or seven weeks, the team held practices twice a week that lasted at least two hours each. "Because of the commitment they put in, I really didn't mind at all," Lawrence says.

The competition requires students to play the roles of both a lawyer and a witness and to know the arguments for both the claimant and respondent.

Lawrence plans to coach next year's team and says that this year's alternates — Cheatham and Eisenback — will be that team's foundation. He also credits Levinson's dedication to the team.