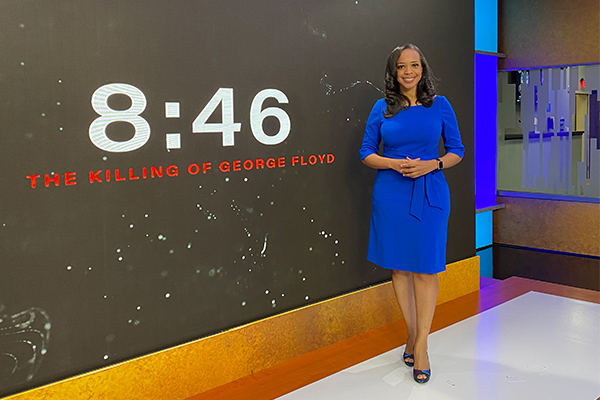 The documentary, produced by the Black News Channel, takes viewers back to May 25, 2020, the day George Floyd was killed.

McNeal, chief legal correspondent for BNC, interviewed members of George Floyd’s family and several national experts, including Louisville Law's Professor Cedric Merlin Powell. Powell provides commentary on the role of structural inequality in the disproportionate use of force by law enforcement in communities of color.

The documentary tackles issues surrounding the trial such as police reform and structural inequality within the criminal justice system.

McNeal will also be covering the trial of Derek Chauvin, the former Minneapolis police officer charged with Floyd's death, for BNC this month. She says that she is excited about sharing her trial experience with the Louisville Law community.