Former US Congressman was an advocate for immigration rights and reforms 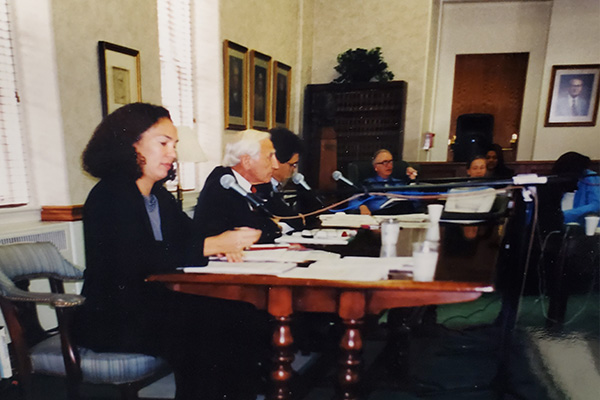 The University of Louisville Brandeis School of Law mourns the death of Romano Louis “Ron” Mazzoli.

A native Louisvillian, Mazzoli graduated from St. Xavier High School in 1950 and earned honors in Business Administration from the University of Notre Dame in 1954.

Mazzoli spent two years in active service in the U.S. Army before enrolling in the School of Law. He graduated first in his class in 1960, having served as the secretary of Moot Court, the chair of the erstwhile Briefing Service, and, perhaps in a bit of foreshadowing, on the University Student Senate.

He joined the L&N Railroad Law Department after law school, then entered private practice in 1962. He lectured in Business Law at Bellarmine College (now Bellarmine University) from 1964 to 1968.

Mazzoli was elected to the Kentucky State Senate in 1967, serving two terms before being elected to the U.S. House of Representatives, taking office in 1971. He spent twelve years as the chair of the Immigration, International Law, and Refugees Subcommittee, and served on the House Small Business, Intelligence, and District of Columbia Committees. In 1986, he crossed congressional and party lines to partner with Senator Alan Simpson (R-WY) to pass the Immigration and Reform Control Act. He retired from Congress in 1995, whereafter he donated his papers to the University of Louisville Archives.

He was School of Law Convocation Speaker twice, once in 1985 and again in 1995. He became the Ralph S. Petrilli Distinguished Visiting Professor of Law in Fall 1995, teaching Immigration Law beside Professor Enid Trucios-Haynes. He returned in 1997 as an adjunct and Distinguished Fellow in Law and Public Policy.

Ron Mazzoli died on November 1, 2022, one day short of his ninetieth birthday. He is survived by two children, Michael (Class of 1992) and Andrea, and four grandchildren.