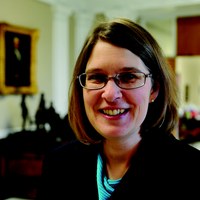 Prof. Ariana Levinson is a widely respected scholar in labor and employment law -- areas that have come under much discussion in recent weeks as the Kentucky General Assembly passed a right-to-work bill that Gov. Matt Bevin signed into law.

She was also quoted in a Jan. 23 Washington Post article about Donald Trump's relationship with labor unions.

Along with two third-year law students, Levinson has also written an article, "Federal Preemption of Local Right-to-Work Ordinances," which will be published in an upcoming issue of the Harvard Journal on Legislation.