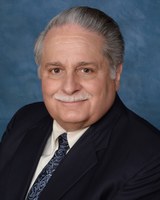 After 30 years of service (1973–2003), he retired from the Kentucky Department of Public Advocacy. As a public defender, Aprile has represented indigent persons at all levels -- trial, appellate, and post-conviction, in the state and federal courts, including death penalty representation.

He was an adjunct law professor at Brandeis School of Law for eight years and was for more than 30 years a faculty member of the National Criminal Defense College at Mercer Law School in Macon, Georgia. Aprile is a nationally known continuing legal education trainer and during the past 35 years has trained lawyers in thirty-five or more states, the District of Columbia, Puerto Rico, Canada and Russia.

Why did you choose Brandeis?
I had wanted to be a lawyer since I was in the eighth grade, despite being fairly uninformed about the practice of law. In grade school and high school, I read a number of books, both non-fictional and fictional, about lawyers. I was a high competition debater at both my high school and college. When I finished college, I thought, as a native Louisvillian, Brandeis would be an excellent choice as I could remain in Louisville where I planned to practice. When Brandeis offered me a scholarship, that sealed the deal.

What is your best memory from your time at Brandeis?
Aside from my interaction and friendships with the other students and some of the faculty, one of my best memories is during my second year being a member of the school’s national moot court team that won our regional tournament in Omaha and went on to lose a very close match in the semi-finals of the national competition in New York City.

I was fortunate to receive the Outstanding Individual Oral Argument Award in the Regional Competition. What made this such a special memory was the welcoming reception, both formal and informal, the team received from both classmates and faculty upon our return to campus, even though we had not won the competition. Apparently, at that time, no Brandeis moot court team had ever gone as far as we did in the national competition. The moot court team’s faculty moderator was Professor Scott Thomson.

But, I have another best memory of my “second time” at Brandeis when from spring of 1975 through 1983 I was a lecturer at the school teaching two seminars I created, Written Advocacy and Criminal Defense: Theory and Practice, that alternated each semester.

It was a special time for me, as I was a full-time public defender in the state public defender’s office in Frankfort, but able to share my expertise and experience with a great group of Brandeis students who were eager to learn about both of the areas I taught.

How did your experience at Brandeis help you in your career?
While I was attending Brandeis, I never had a law-related job. My knowledge of the practice of law was limited to what I learned in the classroom as we did not have a clinical program or -- to the best of my knowledge -- any school-affiliated internships.

Upon graduation, I was to be drafted in November as the Vietnam War was raging. I enlisted in the Army and after going through basic training as a 25-year-old, I elected to apply to be a lawyer in the Judge Advocate General’s Corps and was commissioned as a captain. My first assignment was as a trial lawyer in South Korea where I tried, as both defense counsel and prosecutor, a number of courts-martial.

In that environment, my law school education was my foundation for the successes I achieved. After my tour in Korea concluded, I requested and was granted assignment as an appellate attorney in the Army’s Defense Appellate Division in Falls Church, Virginia.

I represented soldiers who had been convicted at courts-martial and were entitled to an automatic appeal. In this role, my moot court experiences at Brandeis as well as my law school education enabled me to be highly successful before the Army Court of Military Review and the civilian Court of Military Appeals, the military’s version of the United States Supreme Court. During my time there, in February 1973 I obtained an LL.M. in criminal law, psychiatry and criminology from the then-National Law Center at George Washington University in Washington, D.C. My legal education at Brandeis was excellent preparation for my studies there.

Lastly, I credit both my Brandeis education and my legal experience in the military that prepared me to serve in a multitude of leadership roles in my 30-year career with the Kentucky Department of Public Advocacy, where in addition to representing indigent defendants in the trial and appellate courts of Kentucky and to a more limited extent in the federal courts, I was the initial director of the Appellate Division, the program’s first training director and the agency’s first general counsel, to name a few. While there, I was fortunate to argue four cases before the United States Supreme Court, which perhaps harkens back to those national moot court competitions.

What advice do you have for law students today?
Never lose your appreciation of common sense and your gut feeling of when something just feels wrong.

While a lawyer must know the current state of the law, whether statutory, constitutional, decisional or procedural, he or she must be able to evaluate that law in the context of a particular client’s situation to determine the type of legal challenge that could benefit the client. For example, Kentucky for some 50 or so years had, along with a number of other states, barred an instruction that a defendant in a criminal trial had the presumption of innocence because the instruction was simply too favorable to the defense.

In Taylor v. Kentucky in 1978 I argued in the United States Supreme Court for the federal constitutional right to such an instruction and won, creating an acknowledgment of the practical application of that constitutional guarantee. It is important to pay attention to your sense of what is right and wrong despite the current status of the law.

You were recently reappointed to the editorial board of Criminal Justice magazine. What has been your favorite aspect of that role?
My relationship with Criminal Justice magazine goes back to the magazine’s inception in 1989. I was a member of the American Bar Association’s Bar Information Program that provided the seed money to initiate the magazine. I was a member of the original editorial board of the magazine, remaining a board member until 2012, and, after a brief hiatus, I rejoined the board in 2014. Twice I have served as its chair (2005-09, 1991-93).

From 1992 to the present I have authored my column "Criminal Justice Matters," a regular feature of the magazine. As a board member, you evaluate articles that are submitted without invitation and solicit authors and articles, always motivated by whether the membership of the ABA’s Criminal Law Section, such as judges, prosecutors and defense attorneys, retained and appointed, would appreciate and benefit from the article’s content.

Perhaps my favorite aspect of being a board member is the exchange of ideas and perspectives about articles from our diverse board that over the year has included judges, prosecutors, public defenders, private defense attorneys, academics, mental health experts and law enforcement personnel. Those exchanges have been a continuing learning experience for me.