In the first week of November I attended the Net Impact conference in Seattle, WA and my randomly assigned roommate was a student at Yale. When you meet someone who attends or attended an Ivy League university like Yale, what reaction do you have? As a student at the University of Louisville, I was immediately star struck by my Ivy League roommate nicknamed JZ. However, she was extremely humble about attending this top 10 institution and simply told me, “It’s not different from any other school." 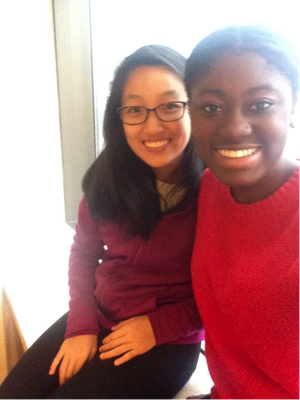 That statement changed my perspective of UofL. I have always appreciated this university, but I had not noticed until then that when I was overly amazed by Ivy League students, I downplayed my own educational institution. This can be compared to a mother having two children, one a doctor and one a teacher. This particular mother constantly brags about her doctor child and rarely mentions the occupation of the other. The University of Louisville, like teaching, is not something to be disregarded or snubbed when considering excellence.

Not to discount Yale or any other institution like it, but everyone’s path will not lead them there and people should not consider themselves less capable of success because of that. My roommate JZ was an amazing individual that I am so blessed to have had the opportunity to meet, but our lives have completely different purposes. The paths we will venture down toward success do not require us to have the same focal point of Yale.

The opportunities offered to me at the University of Louisville are ones I cannot get anywhere else. I am a part of the only McConnell Scholars Program and the only Woodford R. Porter Scholars Program in the world. I am the vice-chair of the Student Activities Board Diversity Committee and the events we host like Omit the Silence and International Fashion Show are unique to this campus. I attend a university that is bursting with diversity in race, religion, thinking, and more. I am a part of a community where faculty, staff, and students will link together to advocate for right. By attending UofL, I am in a city that has a walking bridge connecting Kentucky to Indiana, a city that hosts the international attraction known as the Kentucky Derby, and a city that is home to greats like Muhammad Ali, Bryson Tiller,

As I continue to travel to various conferences throughout the nation and stand surrounded by students from colleges fro around the world, my confidence in the University of Louisville will be brandished. I have no reason to be intimidated by the name of other universities—even if their average ACT score and average GPA of admitted students is higher than requirements at UofL. I am extremely proud to be a Card and that confidence will continue to be exuded on our campus, in the presence of Ivy league students, internationally, in my future medical office, and in my future office in the White House.