Smith and Barber Awards for Excellence in Philosophy 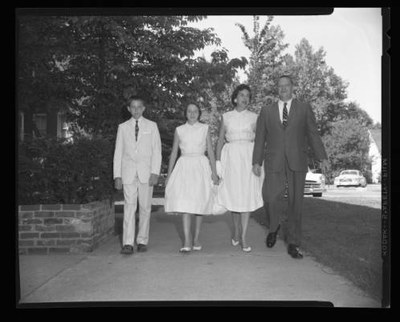 Each year the faculty of the Philosophy Department is proud to recognize two graduating students with awards of excellence, funded by our former colleague, chairperson, and Dean Richard L. Barber (1920-1997).

The Richard Campbell Smith award goes to the graduating senior who, as “Outstanding Student of the Department,” has best given evidence of support for the activities of the Department (Honor Society, Philosophy Club, attended lectures by visiting speakers, participated in the Humphrey Colloquium as speaker, worker, attendant, etc.). (GPA is not to be used, except in the event of a tie.) Each year up to $500.00 is to be attached to the Smith award from accrued assets in the Barber endowment.

The Richard L. Barber award goes to the graduating senior demonstrating the highest excellence in Philosophy by having the highest Department GPA (or in case of a tie, the Department and overall GPA). Each year up to $500.00 is assigned from accrual to the Barber endowment to this award.

In the event that increasing or decreasing accrual to the Barber endowment makes the amount of these awards unreasonable in the judgment of the Department Chair, the latter, after consultation with the full-time Department faculty, is free to alter the amount awarded.

Accrual in excess of that awarded in a given year is to be retained by the Foundation for continued investment to the benefit of the Barber endowment.

Please note that these two awards were redesigned in 2019.