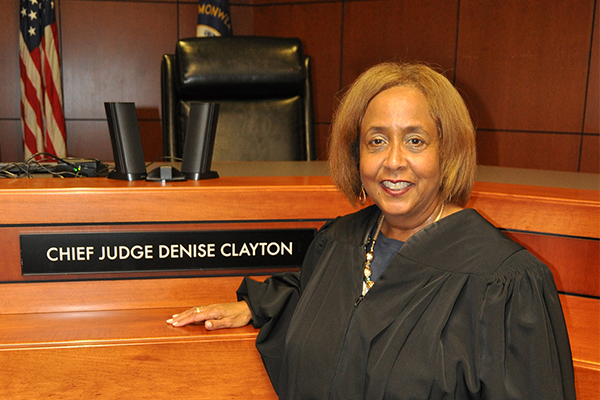 Judge Denise Clayton, a 1976 graduate of the Brandeis School of Law, made history in June 2018 when she was sworn in as chief judge of the Kentucky Court of Appeals — the first African-American to hold that post.

In 2016, Clayton was awarded the Brandeis Law Alumni Council's Gail Robinson Award, which recognizes a lifetime of service. Also in 2016, the Kentucky Bar Association awarded her the Spain Award for Continuing Legal Education for outstanding voluntary contribution to KBA CLE programming.

“We at the Brandeis School of Law are proud to call Chief Judge Clayton one of our graduates," says Dean Colin Crawford. "Judge Clayton has strong record of public service and continues to be an active and involved supporter of the School of Law. All of us here at Brandeis look forward to seeing her bring her legal expertise to this important new role.”