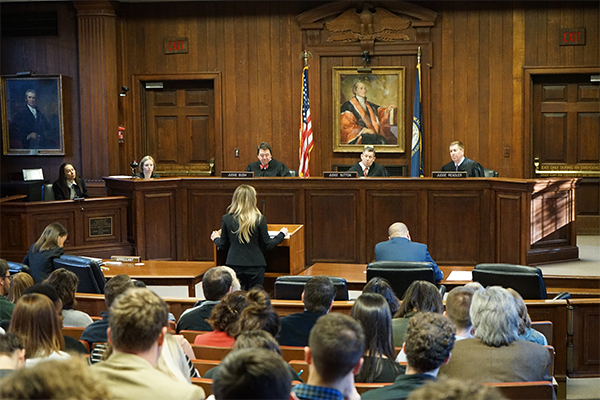 A panel of judges from the Sixth Circuit Court of Appeals.

On Jan. 30, 2020, the U.S. Court of Appeals for the Sixth Circuit heard oral arguments in the University of Louisville School of Law's historic Allen Court Room.

It was the second time in recent years that the Court heard arguments at Louisville Law; in 2018, Judge Bush, Judge John Nalbandian and Judge Amul Thapar heard oral arguments in four cases.

After the arguments, the judges participated in a Q&A session with Louisville Law students, where they discussed their career paths, how to write effective briefs and what judges look for in clerks. Both the arguments and the Q&A session were well-attended by law students.