The Visual Electrophysiology Lab studies visual system function and physiology primarily through the use of an evoked potential called the electroretinogram (ERG). The ERG provides a noninvasive measure of retinal function, allowing us to assess the retinal response in human participants in a comfortable and efficient manner. The resulting components of the ERG waveform represent different classes of nerve cells in the retina. We are interested in quantifying the retinal response to visual stimuli that target specific neural pathways in the retina, assessing how these component responses vary as the color, brightness or pattern of visual stimuli are varied. This technique can provide insight into how the different classes of nerve cells in the retina process various features of the visual stimulus in both normal and disease states.

Function of the ON and OFF pathways in the retina

The flash ERG primarily is used to evaluate the retinal cell classes that perform the initial processing of visual stimuli. Our lab is largely interested in using the flash ERG to investigate the effects of stimulus parameters on the functionality of the ON and OFF cells of the retinal, which function to code increment and decrements of light independently. The eye is presented with flashes of uniform light, which can vary in intensity, chromaticity, waveform shape, and temporal rate of presentation. The most current project of this nature involves long-duration flashes through a mesopic range (in which both cones and rods are being used) to reveal the nature of the progression from a rod-dominated response to a cone-dominated response. The goal of this study is to understand how these retinal pathways can become dysfunctional in diseases that affect the rods and cones, either together or independently.

Characterizing the Activity of the Ganglion Cells in the Retina

As a compliment to the flash ERG, the Pattern ERG (PERG) stimulus is used to characterize the response of the ganglion cells of the retina, which are the final output cells of the retina which send visual information to other parts of the brain. To accomplish this, a checkerboard pattern of white and black checks is repeatedly alternated, causing the white checks to turn black and black checks turn white. This stimulus preferentially stimulates the ganglion cells, which are very sensitive to pattern contrast. Currently, the lab is using the PERG to examine the effects of spatial and temporal changes in the pattern for different regions of the retina, with the goal of developing more sensitive tests of retinal function to monitor progression of diseases like glaucoma. 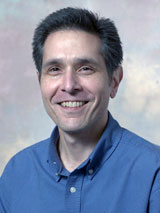 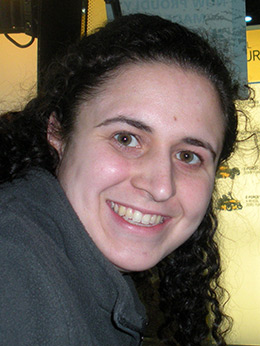