Past Director of the Grawemeyer Award in Psychology 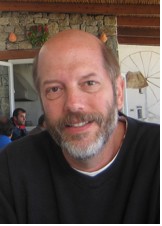 Beginnings of my career in Visual Science

My fascination with vision and visual perception began in college when I created the Subjective Necker Cube illusion.  In my last course before graduation at Bates College in Maine, Professor Drake Bradley introduced about a dozen of us to the concept of illusory, or subjective, contours. By cutting 24 pie shapes from blue cardboard and gluing them to an orange poster board, I created the perception of an illusory cube, the "Subjective Necker Cube", that has since become an internationally known visual illusion.  (For a full description my illusion see: Bradley DR & Petry HM (1977) Organizational determinants of subjective contour: the subjective Necker cube.  American Journal of Psychology, 90, 253-262.) 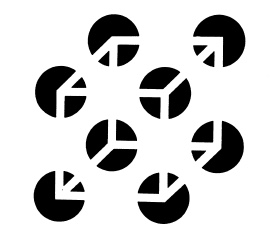 The gist of the Subjective Necker Cube illusion is that it can be perceived in two different manners. Depending on which perception is seen, different subjective contours are present or absent.  Most obvious is the “cube-in-front” perception where the black pie-shaped areas are perceived as 8 black disks with an illusory cube floating in front.  In this perception, the brain generates illusory bars to connect the corners of the illusory cube.  However, when the black areas are perceived as holes punched in the white surface (like swiss cheese), a bright white cube can be perceived behind the surface (the “cube-in-back” perception). When the cube is seen behind the surface, the subjective contours previously generated by the brain to connect the corners (and make sense) of the cube-in-front perception disappear.  In their place, curved contours that complete the holes may been perceived instead.  Observers often see only one of the two perceptual organizations until cognitively cued to perceive the other.

I am retired as of December 31st, 2018.  During my career, two common themes of my research were: 1) basic brain mechanisms of vision in humans and animals, and 2) the influence of the post-natal environment on the development and plasticity of these mechanisms. I also developed and applied electrophysiological measures of function in patients with eye disease who had received retinal transplants in hopes of improving vision.

My overall approach has been to use a wide variety of complementary research methodologies to address specific research questions at neural levels ranging from molecular and cellular to neural systems and behavior. Over recent years my collaborators and have employed optogenetics, in-vivo optical imaging, immunocytochemistry, single-cell electrophysiology, evoked potentials (ERG, VEP), neuroanatomical tract-tracing, molecular biology, microspectrophotometry and visual psychophysics techniques. The variety of research methods in my lab allowed undergraduates, graduate students and post-doctoral fellows to acquire first-hand exposure and technical skills in several areas of basic neuroscience and bio-medical research.

My recent research before retirement examined 1) the role of the pulvinar nucleus (the largest subdivision of the thalamus) in neural coding of visual movement and attention, and 2) the impact of a restricted spectral environment during early development on the visual system and adult visual function.  Collaborations have extended to the neural mechanisms of taste in the tree shrew.  The selected publications listed below were chosen to highlight recent projects, as well as to provide a sampling of the breadth of research problems addressed and methodologies used throughout my career.