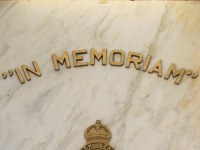 Dr. Eichhorn was born in Frankfurt, Germany, in 1927 and came to the United States in 1938. He received his undergraduate degree in 1947 from the University of Louisville and his Ph.D. in 1950 from the University of Illinois under the direction of Prof. John C. Bailar, Jr. His professional appointments included Assistant and Associate Professor of Chemistry, Louisiana State University (1950-1954), Associate Professor of Chemistry, Georgetown University, and Guest Scientist, Naval Medical Research Institute (1954-1955), Chief, Laboratory of Cellular and Molecular Biology, Gerontology Research Center, NIA, NIH (1955-1994), Acting Scientific Director, NIA, NIH (Apr.1988-Dec. 1988), and NIH Scientist Emeritus (1994-2017). He was listed for many years in Who’s Who in America, Who’s Who in the World, Who’s Who in the East and Who’s Who in Science and Technology. He received the Maryland Chemist of the Year Award, NIH Director’s Award, and U.S. Senior Executive Service Award, and was a Distinguished Lecturer at Michigan State University, Watkins Lecturer at Wichita State University, and Henry Lardy Lecturer at South Dakota University. He was an editorial board member of Advances in Chemistry, Bioinorganic Chemistry, Journal of Molecular Catalysis, Mechanisms of Aging and Development, Journal of Inorganic Biochemistry, and Protein Expression and Purification. Dr. Eichhorn is survived by his wife, Lotti, and their two children, David (Judy Gordon) and Sharon (Danny) McKee. Of the various contributions that Dr. Eichhorn has made to the science of chemistry the most important is certainly his pioneering efforts in the “fusion” of biochemistry and inorganic chemistry. Those two subjects appear on first consideration almost opposites, however, the chemistry of living matter is very much involved with substances frequently considered inorganic, such as the metals (e.g., iron, copper, zinc, manganese, etc.) and the way in which these generally considered inorganic substances interact with “organic” (carbon-containing) components is of vital importance in many biochemical processes. This circumstance had in some ways been discussed piecemeal in various places but the 2-volume treatise Inorganic Biochemistry put together by Dr. Eichhorn and published by Elsevier in 1971 is the first place where the various aspects of what can be called inorganic biochemistry, now more commonly referred to as bioinorganic chemistry, were put together in a very systematic manner that indicates the unity of the subject. Dr. Eichhorn was an invited speaker at close to 100 symposia and he was frequently invited to give lectures at universities and institutions throughout the world including the Weizmann Institute of Science, where he was a guest scientist for a week, and the Eidgenössische Technische Hochschule in Zurich. Dr. Eichhorn and his research group made many contributions in their research, particularly in the field of metal ion interactions with the nucleic acids and their derivatives. Dr. Eichhorn was asked to contribute chapters to many treatises in this field over a period from approximately 1960 (Metal binding in Medicine) to 1990 (LB Series Nucleic acids). The research of Dr. Eichhorn’s group is published in an extensive bibliography.

2021 Chemistry Award Winners of the College of Arts & Sciences Faculty and Staff Awards
May 07, 2021