On November 30, 2018 the Department of Chemistry held its annual ceremony to honor Dr. Kelly Mouapi-Davis with the George R. Pack Award. The award is named after a former department chair. 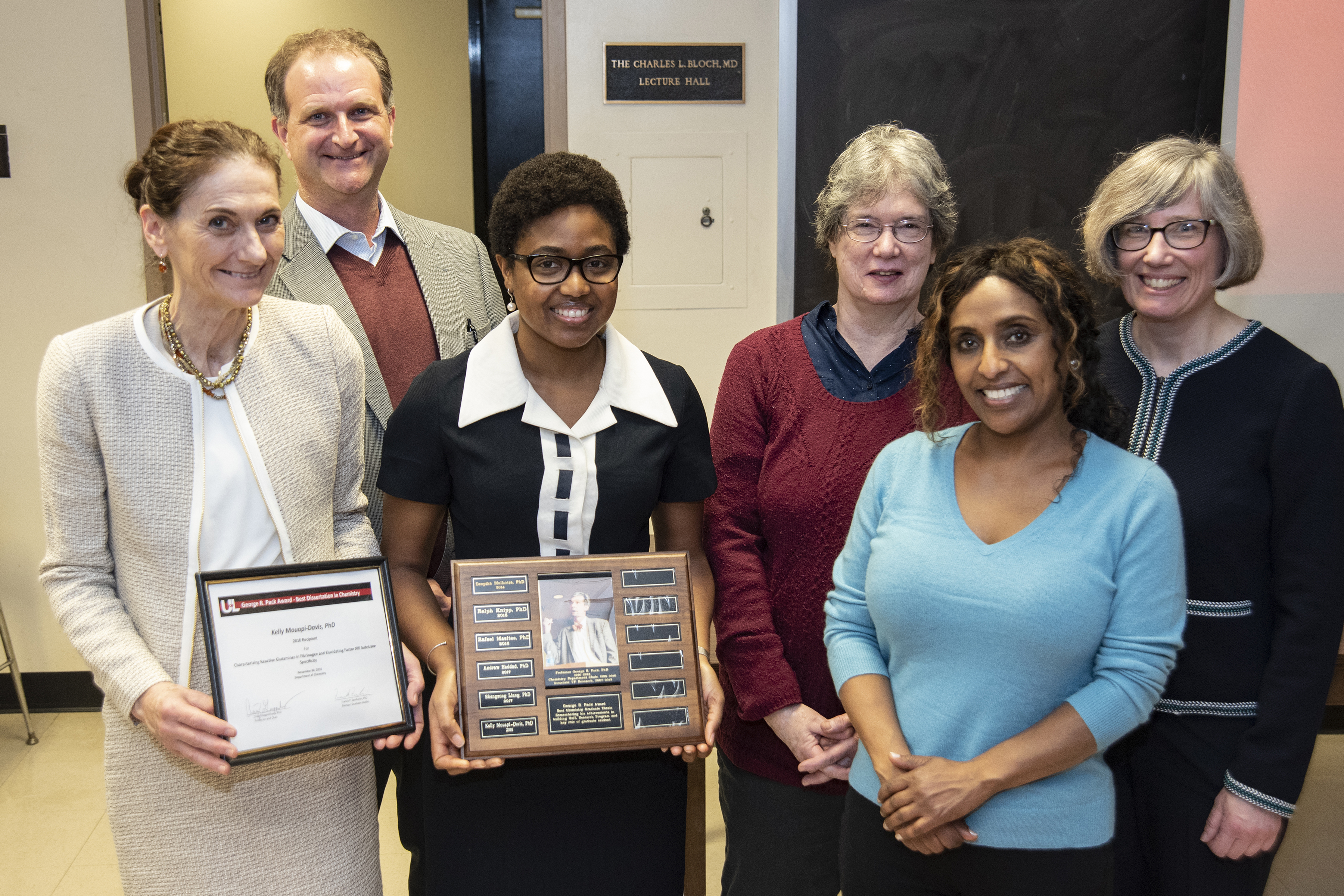 On November 30th the Department of Chemistry held its annual ceremony to honor Kelly Mouapi-Davis with the George R. Pack Award. The award is named after a former department chair and was first awarded in 2014. The George R. Pack Award was established by colleagues, family and friends in his memory to recognize Dr. Pack’s achievements in building the research program of both Chemistry and the University and his appreciation of the key role of graduate students in the research process.

Dr. Pack received his PhD from State University of New York at Buffalo in 1973. He spent his postdoctoral career at University of Rochester, New York University Medical Center, and Stanford University. In 1978, he began his career as Professor of Biophysics at the University of Illinois College of Medicine.

Dr. Pack joined the University of Louisville Chemistry Department in August 1998 as Professor (tenured) and Chair. Dr. Pack's dedication to research and establishing a robust graduate program is evidenced with a few statistics. Nineteen faculty were hired between 1999 and 2010; those hires now make up 57% of the Department's current faculty membership. During the years 2004 to 2014, the department conferred 58 doctoral degrees. These represent students that would have entered the program during Dr. Pack's tenure as Chair.

The George R. Pack Award for Most Outstanding Chemistry PhD Dissertation was established by colleagues, family, and friends to recognize in perpetuity Dr. Pack's role in growing a vigorous departmental research program, his contributions to the University's research environment, and his appreciation of the key role that graduate students provide in the research process.

The George R. Pack Award Endowment is funded by gifts from Family, Friends, and Colleagues