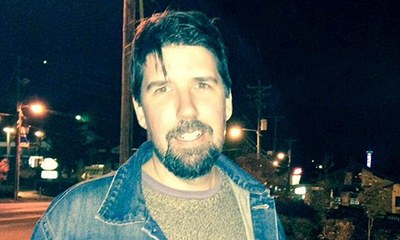 It feels as if the world is at war with itself, a snake devouring its own tail. And so we see storytellers channeling that anxiety into tales of desperation and precarious survival.

It is an interesting question: how has climate changed the way we write? There are books of literary fiction that take the climate crisis as a central theme. Among these are, Jeanette Winterson’s The Stone Gods, Ian McEwan’s Solar, as well as Margaret Atwood’s acclaimed trilogy Oryx and Crake, The Year of the Flood, and MaddAddam.

By and large, though, these seem to be exceptions in the world of literary fiction. Outside of traditional science fiction, most writers drawn to the subject seem to come at it from a more oblique angle.

I see anxiety over the climate crisis reflected in less direct ways than one might expect. One needn’t pay too close attention to contemporary novels, movies, and TV to see a trend towards the catastrophic. Pandemics, plagues, mysterious global disappearances. There is something compelling writers to look beyond the personal trials of their characters—or, rather, to set their individual characters in opposition to something much, much larger than an individual.

Of course, there are factors other than climate change contributing to these trends: actual epidemics, senseless random violence, the lingering pain of 9/11 and the continued threat of terrorism. In addition, our cultural anxiety seems to be a result of not only these happenings, but of our increased awareness of them. With the increased speed with which information travels, we are constantly being made aware of global dangers. We watch, via the internet and 24-hour cable news, the constant conflicts and crises of news the world over (including storms and droughts and everything in between, all with constant commentary), and we feel the effects (emotionally and spiritually, if not physically or financially). Of course it feels as if the world is at war with itself, a snake devouring its own tail.

Something has to give, we think. And so we see storytellers channeling that anxiety into tales of desperation and precarious survival.

Still, literary fiction can’t (or doesn’t seem to feel the need to) shake the old habit of focusing on the people, even in the face of global devastation. Edan Lepucki’s California offers a world fallen apart via a couple trying to hold their lives together. Cormac McCarthy’s The Road is as devastating a portrait of a world fallen apart as one might find, and yet it is still at its heart a tale of the love between a father and son.

And why should it be any different? After all, we read fiction not to follow rising mercury and tides, but to witness the drama of being human.