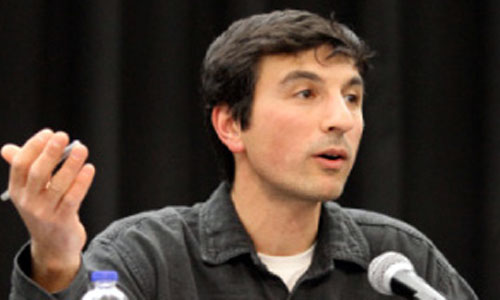 "Global warming is not just one moral issue, but a dense web of moral issues. Which implies that there is one “meta” issue: what should I do, given that I am not yet sure what I should do?"

In the face of what we know about climate science, our everyday behavior in contemporary American society systematically violates each of these moral obligations. Therefore we must stop.

Perhaps you think the science is only 50/50, or that the harms are in the further future, and so do not count for as much as current harms. Suppose you had a 50% chance of dying each time you went for a drive. I suspect you would not drive much. If the 50% chance were not of dying yourself, but of killing your child, you would drive even less. Uncertainty does not absolve us of our serious obligations. Perhaps a risk of killing is less bad than a certainty of killing, but it’s still something to avoid if we can.

Now suppose driving had a 50% chance of killing your great-grandchild, whom you might never meet. Would that make it less bad? I don’t see why. How about if it were someone far away – in Bangladesh, say. Still, it would not be less bad. The victim is still someone’s child. We all matter.

Global warming is typically framed as a scientific issue or a political issue. But it is principally a moral issue: human actions are making the world worse for ourselves; principally, rich people are making the world worse for poor people and future people. We can’t predict the civilization-wide upheavals we are causing, but we can predict that we are causing something that will be catastrophic for millions of people.

You and I are doing this.

Who is obligated to reduce emissions, and how much? Should each person, or each country, have a carbon budget? People who live on less than $2 per day need to consume more, not less. But there is no safe level of added carbon. Shouldn’t the burden to solve this problem fall most heavily on us, rather than them?

Do nonhuman animals, ecosystems, or the planet itself make any claims upon us? Or do only humans matter? Am I obligated to make great sacrifices, even if others are morally lazy? Should I stop driving and flying even if most others do not stop driving or flying? Should I buy carbon offsets?

Global warming is not just one moral issue, but a dense web of moral issues. Which implies that there is one “meta” issue: what should I do, given that I am not yet sure what I should do?

This question is analogous to the old one about religion: which religion should I practice, given that I might be wrong about which religion is true? The answer has always seemed to me: do your best. Live for justice, as best you can make sense of it, but don’t give up trying to make better sense of it.

There is, of course, no algorithm. But there are some things each of us can do to live for justice, specifically regarding climate:

In addition to helping us articulate and work through these moral problems, philosophy can help us become reconciled to the world. This does not absolve us of doing our best and living for justice – we may not blithely permit ourselves to harm others. But reconciliation to the world as it confronts us, given our limitations and aspirations, is a difficult achievement, perhaps the achievement of a lifetime.