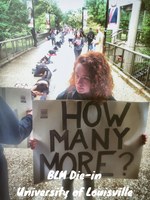 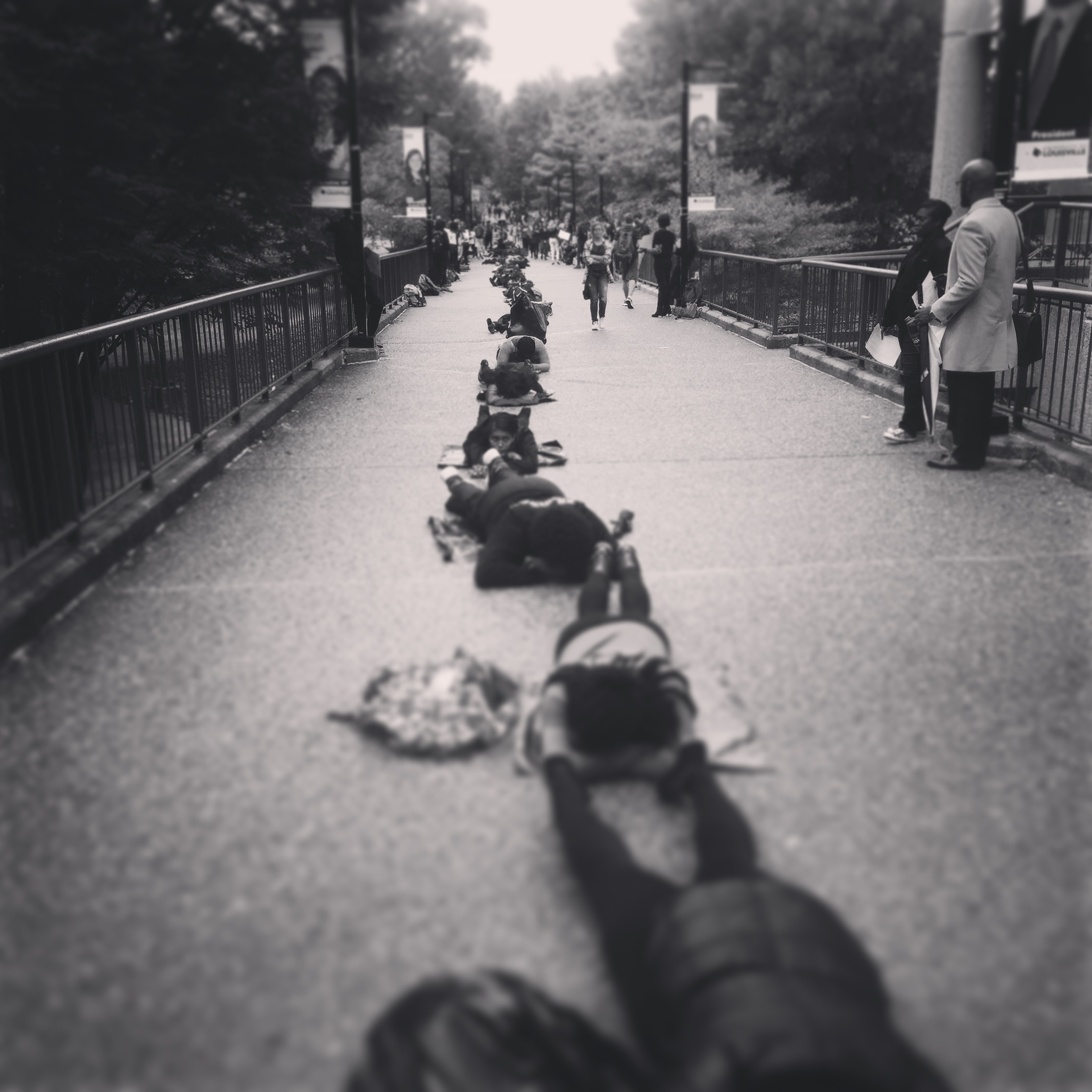 On September 29th a student led protest took place on the University of Louisville’s Belknap campus. The protest called for students to “die-in” to raise awareness of police brutality, the constant murders by police, and what organizers call a “tear down of the black identity”. The protest took place on the ramp of the Swain Student Activates Center and last for approximately one hour. While attended my mostly students, the demonstration brought both facility and staff out to stand in solidarity.

We are here. We are tired. We are angry. And we are fed up with being ignored. On Thursday, September 29th at 12pm, there will be a silent Die-in on the SAC Ramp. We, as people, are united and strong, and we must make it clear that black and brown people will not be ignored and their issues pushed under the rug. The tear down of the black identity and the constant murders by the police needs to be recognized on this campus. We are here to unite as people, no matter what race, to bring attention to these issues and to show that we are united now more than ever. This will be a silent demonstration. It is important that we keep united and stay focused on the problem at hand.

One of the organizers of this student action was Wesley Turner, Muhammad Ali Scholar