The Dennis C. Golden Torchbearer Scholarship was named after Dr. Golden in 1994 in recognition of his commitment to students and the Division of Student Affairs. Each year 12 partial tuition scholarships are awarded to students. Four named scholarships fall under the Torchbearer Endowment: 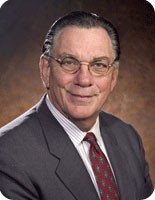 He received his BS from the College of the Holy Cross, his MA from Assumption College, and his Ed.D. from Boston College. During the past thirty-five years, Dr. Golden has served as aDean, Vice President and President at he College of the Holy Cross, Framingham State College, Duquesne University, University of Louisville, and Fontbonne College.  Dr. Golden has also taught courses in leadership and higher education administration. He has served as a campus consultant and a member of numerous accreditation teams. Dr. Golden serves on the Board of Directors of the Urban League of Metropolitan St. Louis, is chair-elect of he Association of Catholic College and Universities, and is a member of the Board of Advisors of R.H. Perry & Associates.

Dr. Golden will retire as President of Fontbonne College in July 2014. 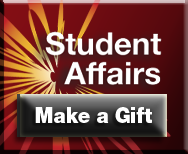