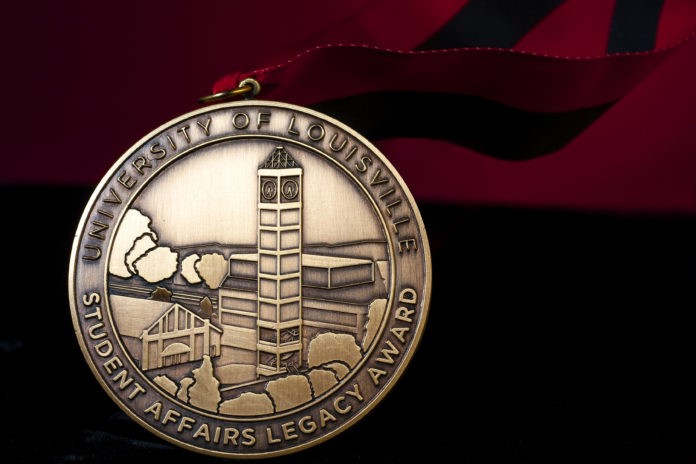 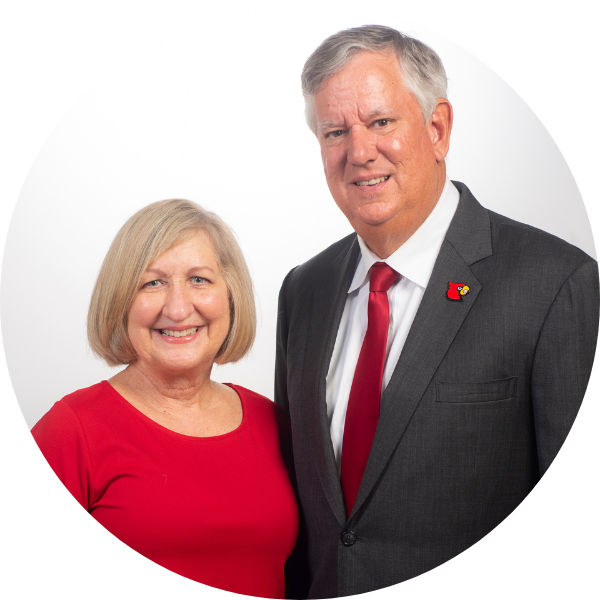 Kelly retired as the President and Chairman of the Office Environment Company, which furnished the renovated University of Louisville Office of Student Affairs conference room.

Joni Burke received her Master of Education from the University of Louisville in 1981. Joni served as the longtime advisor to Omicron Delta Kappa and Phi Eta Sigma and assisted students in establishing the Order of Omega and Rho Lambda. Joni received her Bachelor of Science from Middle Tennessee State University where she served as president of Alpha Delta Pi.

In 2013, after a 34-year career with the University of Louisville, Joni retired from Assistant Director of Student Involvement and Greek Advisor. She joined the University in 1979 and was the first person to hold the job of overseeing fraternity and sorority life. Joni was dedicated to the growth and sustainability of the Greek Community at the University of Louisville. She supported thirty-three nationally recognized Greek organizations, including the Divine 9 of historically Black fraternities and sororities. Countless community members would point to her mentorship and leadership as having a significant impact on their campus experience. 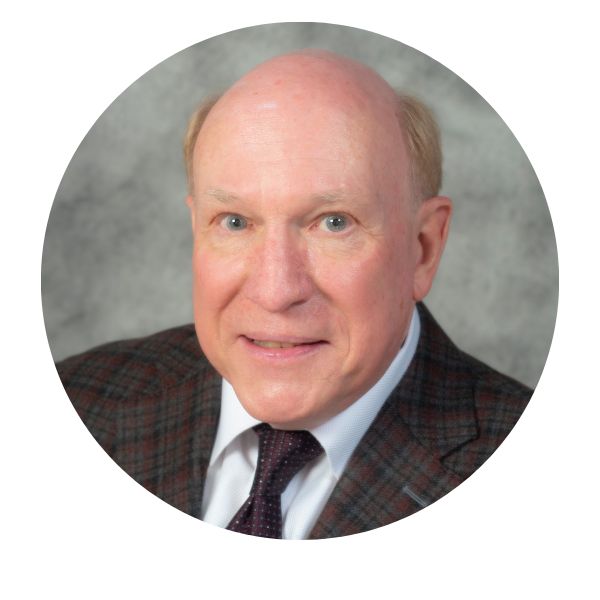 Brasch is a licensed Professional Civil Engineer. He retired from the University of Louisville in 2016, after 32 years as a Senior Construction Coordinator, overseeing many new building and renovation projects on campus.

Brasch was one of the most involved members of his undergraduate chapter of Phi Kappa Tau during his time on campus. He has been a vital connector for the University, providing outreach and assistance in Greek Life, serving on several student awards committees, and through his connections at the J.B. Speed School of Engineering. One of the most significant contributions Brasch has provided to the University of Louisville community was his efforts in leading the campaign to raise funds to build the new Phi Kappa Tau chapter house on Unity Place. He also led the campaign to establish the Morton Walker Endowed Scholarship Fund, memorializing his college mentor, Speed School Professor, and former Dean of Men. 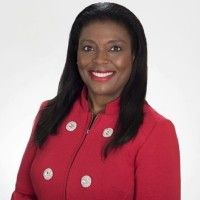 Matthews-Davis received her Bachelor of Arts in Middle School Education from the University of Louisville in 1993. She received her Master of Arts in Higher Education Administration from The Ohio State University in 1996, and her Master of Labor and Human Resources from The Ohio State University – Fisher College of Business in 1998. Matthews-Davis is senior vice president and head of corporate and investment banking program management at Wells Fargo. Matthews-Davis has been a member of Delta Sigma Theta Sorority, Inc. since 1990. During her years as a student at the University of Louisville, Terina truly enjoyed her out of the classroom experience. She was actively involved in Greek Life where she worked to bridge the gap between predominately African American fraternities and sororities and predominately white fraternities and sororities by serving on the Panhellenic Council as secretary and treasurer and being an instrumental member for the chartering of a UofL chapter of the National Pan-Hellenic Council (NPHC) where she served as the Delta Sigma Theta - Xi chapter representative. In recognition of her commitment and dedication to ONE Greek Life, Terina was named the Interfraternity Council Greek Woman of the Year in 1992. She served as a resident advisor in Threlkeld Hall, Cardinal Hall, and University Towers Apartments and was elected to the position of services vice president within the Student Government Association (SGA). She also served as vice president of Student Organization for Alumni Relations (SOAR), and her most coveted role was her time as a student orientation leader (SOSer). Matthews-Davis served on the University of Louisville Alumni Association Board from 2013 until 2019 and on the University of Louisville African American Alumni Council from 2009 to 2012. She has served as president of the Louisville chapter of the National Pan-Hellenic Council (NPHC) from 2011 to 2014, and she served on the University of Louisville’s committee to review the National Pan-Hellenic Council organizations in 2010. 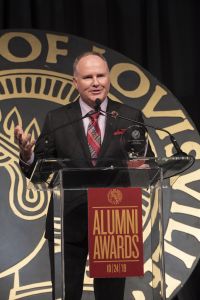 Dr. Schmiedeler serves as Trilogy Health Service's senior vice president of Foundation & Workforce Development and is the founder and president of Thumbprint Consulting. He provides leadership for the Trilogy Foundation, Live a Dream Foundation, Employee Wellbeing, Community Outreach, and Workforce Development. Previously, Dr. Schmiedeler served as Norton Healthcare's associate vice president of philanthropy. He initially joined Norton Healthcare as the director of major giving. He has also served as the vice president for development and communication with the Center for Women and Families, director of alumni relations for Eureka College, and as a coordinator of the National Resource Assessment Program at the University of Louisville. He received his Bachelor of Arts in Political Science from the University of Louisville in 1997. He earned his Master's of Arts in Business Communication in 2009 and his Doctorate of Education in 2015 from Spalding University. 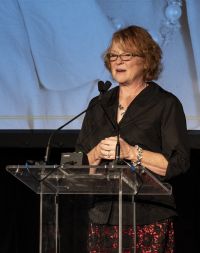 Jeanine received her Bachelor of Applied Science in Advertising from the University of Louisville in 1982 and her Master of Science in Community Development from the University of Louisville College of Urban and Public Affairs in 1985. As an alumni, Jeanine has served as an advisor, mentor and friend to hundreds of students through her active involvement in Delta Zeta. She served as chapter advisor for Delta Zeta for xx year and in many other capacities for the UofL chapter. She has served as national President of Delta Zeta and is currently the Delta Zeta National Panhellnic delegate. Jeanine was instrumental in leading the efforts to renovate and expand the Delta Zeta house at UofL. Jeanine is the recipient of the Catherine McAuley Service to School Award from Mercy Academy, the Achoth Award given by Delta Zeta and the Third Tour on National Executive Council for Delta Zeta. She has been featured in Business First, Forty Under Forty. Jeanine has been a National Panhellenic Delegate for Delta Zeta Society since 2014 and was the national president of the society from 2012 to 2014. 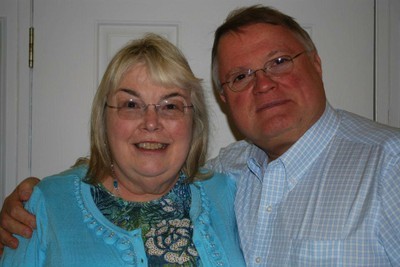 They were married in Louisville in 1972 and were long time owners of Hadden Theater Supply Company. Louise is an accomplished piano accompanist and a retired teacher at Clarksville High School after 30 years. They have one daughter Elizabeth.

In 2010 the Bornwassers made a generous gift to establish the Louis W. and Louise Weisser Bornwasser Student Emergency Fund. The fund was created to assist University of Louisville students who encounter unforeseen financial emergency or catastrophic events which would otherwise prevent them from continuing their education at UofL.

This fund exemplifies the Bornwasser’s commitment to helping UofL students and ensures that many future generations of students will benefit from their generosity. Watch a video of the award ceremony and acceptance speech below. 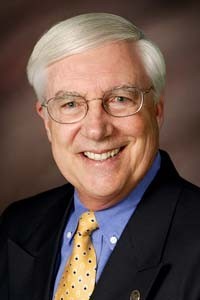 Dr. Hammond received his bachelor and master’s degrees from Emporia State University and his Ph.D. from the University of Missouri, Columbia.

Dr. Hammond served as the president of Fort Hays State University for 28 years.

Prior to accepting the presidency at Fort Hays State University in 1987, he held administrative positions at the universities of Louisville, Seton Hall, Southern Illinois, Purdue and Missouri. He is the longest serving president in the Kansas Board of Regents system and the longest serving president in the 110-year history of Fort Hays State University.

President Hammond has published widely and is recognized as a futurist. He is in demand nationally as a speaker and educational consultant in the areas of risk management, staff and institutional liability, and alcohol education. In recent years, due to Fort Hays State University's success in China, he has also been sought as a consultant and speaker on the world's most populous nation. He is a former President of the National Association of Student Personnel Administration (NASPA).

Dr. Hammond retired from Fort Hays State University in May of 2014. 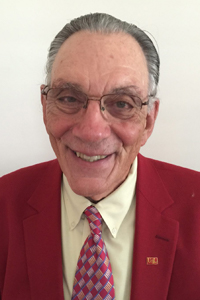 Dr. Golden is a native of New York City. He is a former scholarship student-athlete, NFL draftee and United States Marine Corps Captain.

He received his BS from the College of the Holy Cross, his MA from Assumption College, and his Ed.D. from Boston College. During the past thirty-five years, Dr. Golden has served as a Dean, Vice President and President at he College of the Holy Cross, Framingham State College, Duquesne University, University of Louisville, and Fontbonne College. Dr. Golden has also taught courses in leadership and higher education administration. He has served as a campus consultant and a member of numerous accreditation teams. He is a former President of the National Association of Student Personnel Administration (NASPA). 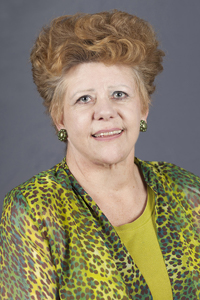 Denise championed many issues while at U of L but her biggest passion was providing international travel opportunities for students. In 1996 Denise and Dr. J. Price Foster, a Professor from the Justice Administration department, worked together to create an interdisciplinary program that would invite outstanding students to take a course and then conduct service projects in Belize.

Since that first trip hundreds of students have participated in the University of Louisville International Service Learning Program. Almost 20 years later the program continues to provide students with a interdisciplinary experience and the opportunity to undertake service projects in cities around the globe. There are currently six annual trips to locations including Asia, Africa, Europe, and Central America.

Denise left UofL in 2005 to undertake her own international experience. From 2005 until 2010 she served as Dean of Student Affairs at Zayed University, the premier United Arab Emirates National University dedicated to the higher education of Emirati traditional age women and men students based on the U.S. model of higher education.

In 2010 Denise was named the Associate Provost/Dean of Students at Widener University.in Chester Pennsylvania. 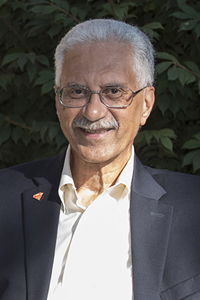 Michael J. Cuyjet is a Professor Emeritus at the University of Louisville. Prior to his retirement in 2014, he served for 21 years in the Department of Educational and Counseling Psychology, Counseling, and College Student Personnel (ECPY) in the College of Education and Human Development at the University of Louisville (UofL). In his most recent book, Multiculturalism on Campus, 2 nd edition, published in 2016, he served as lead editor and also authored or co-authored several chapters. 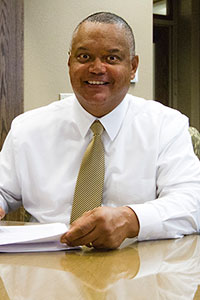 Dr. Tom Jackson, Jr., is currently serving as president of Black Hills State University. Jackson’s current community engagements include serving in the Indiana Guard Reserve and volunteering as an instrument-rated pilot with Pilots-n-Paws and Animal Rescue Flights. Jackson is a veteran of the Texas State Guard, the Army National Guard and the United States Coast Guard Reserve. An inspirational and motivational speaker, he is often requested to present at regional, national and international events.

Dr. Tom Jackson, Jr. served as the Vice President for Student Affairs and Adjunct Professor in Education from 2007 to 2014.

Dr. Jackson earned his Ed.D. in Educational Management from the University of La Verne in California, his M.S. in Counseling from Shippensburg University in Pennsylvania, his B.S. in Business-Human Resources from Southwest Minnesota State University, and his A.A. from Highline Community College in Seattle, Washington. A native of Seattle, Jackson aspired to the United States Coast Guard Reserve and has served in both the Army National Guard and Texas State Guard. He currently serves as an officer in the Indiana Guard Reserve.

Dr. Jackson is actively involved in the student development profession. He served as the 2009-10 President of ACPA College Student Educators International.