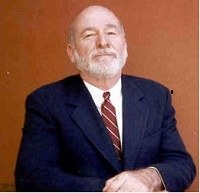 Our beloved friend and colleague, Harry E. Allen, passed away at his home in Palm Springs, California on July 4th, 2021. He will be greatly missed by all who knew him but especially by his partner and husband of 22 years, Bruce Ponder.

Harry E Allen was born in Selma, Alabama on February 16, 1938. His stepfather was a career military officer of his residency in earlier years was geographically scattered. He attended college at Stetson University in Deland, Florida, graduating with a Bachelor of Arts degree in 1960. He was ordained a Southern Baptist minister in 1959. He continued his education at Vanderbilt University, obtaining a Master of Arts degree before he enrolled at The Ohio State University to study under Simon Dinitz and Walter Reckless. A newly-minted Ph.D. (1969), he taught at Florida State University briefly before being recalled to Ohio to serve as Executive Secretary of the Ohio Governor's Task Force on Corrections.

His work for the Task Force led to an invitation to join the School of Public Administration at The Ohio State University as a tenured Associate Professor (1971) and Professor (1975), and as Director of the Program for the Study of Crime and Delinquency. He recruited and surrounded himself with exceptional doctoral candidates and undertook an extensive research program culminating in over 100 papers presented at professional meetings of relevant criminology and justice programs, 20 monographs, many chapters in books, and 19 books authored, co-authored or edited. With graduate student Clifford Simonsen, he authored in 1975 what is the longest continuously published corrections textbook, now in its 13th edition (Corrections in America). He took particular pride in the careers and performances of his former doctoral graduates, including Edward Latessa, Gennaro Vito, Chris Eskridge, Rick Seiter, and Charles Eden, among numerous others. He was an exceptional mentor to his students.

Professor Allen was extensively active in the leadership of professional organizations. He was the first criminologist to serve as President of the Academy of Criminal Justice Sciences and the American Society of Criminology. In the Academy, he served as Program Committee Chair, Secretary-Treasurer, President (Second Vice-President, First Vice-President, President and Immediate Past President), among other roles.

Harry Allen received many recognitions, awards and honors, including the Block Award (American Society of Criminology). In 1996, he was recognized as the most-often cited scholar in Corrections, was a Fellow in the Western Society of Criminology, Recipient of the Founders Award and an Outstanding Mentor Award of the Academy, among others. In 2001, he was Distinguished Scholar in Residence at the University of Louisville.
In 2002, Harry Allen began online teaching for the University of Louisville, team-teaching with his husband Bruce Ponder on a wide variety of courses, including Corrections, Community Corrections, Victimology, Alternatives to Incarceration, International Terrorism, Intelligence and Homeland Security, Drug Abuse, and Ethics.

Welcome to the Department of Criminal Justice!