Applicants must be currently employed law enforcement practitioners in Jefferson County, KY who are enrolled in a degree or certificate granting program in the Department of Criminal Justice at UofL.

Note:Recipients within less than 5 years of retirement are not eligible.

Applications must be submitted to the Criminal Justice Department Chair, Room 203 Brigman Hall, University of Louisville, Louisville, KY 40292, no later than March 1, 2020.

2.____ Statement from the applicant explaining why he/she has chosen to pursue a career in Law Enforcement and how the scholarship would be beneficial to their success.

3.____ Letter of recommendation from their agency head, chief or CEO to be considered.

4.____ Written statement that they are not planning to retire within less than five years.

7.____ A photograph suitable for use in Press Releases announcing the scholarship recipients.

Spring Semester
Welcome back, everyone! Hard to believe we're in the Spring semester already!
We will post the January 2023 later today. Also, be sure to mark your calendars now for the Career and Internship Fair being held in person this year on February 23rd from 2-4PM!
A reminder: if you have books you no longer need you can put them on the bookcase on the first floor (next to storage room aka the inferno) for students to use. Thank you! 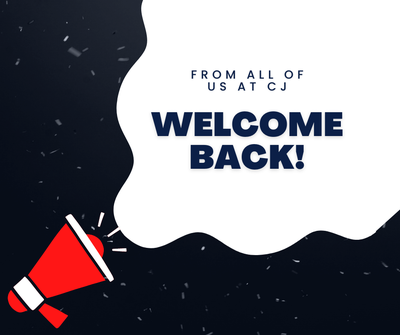