Abstract: In 1998, Kentucky’s adopted the Racial Justice Act (RJA). The key sponsor of the law, Kentucky Senator Gerald Neal asserted that it was not a result of whether you were for or against the death penalty but “whether the death penalty should be subject to the same standards of nondiscrimination as any other institution in our state.” However, one noted negative effect of the RJA is that prosecutors have adopted policies to seek the death penalty in every eligible case, rather than making this decision on a case-by-case basis. This study examines the outcome of such policies in Jefferson County, Kentucky from 2000 to 2010.

Abstract: The purpose of this paper is to determine the opinion of 126 police managers from 23 US states regarding their ideal leadership style as expressed under items of the leader behavior description questionaire (LBDQ).

The online version of this article can be found at: http://ccj.sagepub.com/content/28/2/166

Abstract: Racial profiling is an important issue in contemporary policing. Research in this area, especially in the decision to search, has relied on an outcomes test and correlates that are largely devoid of theory. Thus, the research is unable to provide a clear understanding of police decision making during a traffic stop. The purpose of the present study was to examine this process. Using data from more than 36,000 traffic stops from Louisville, KY, the present study applies the focal concerns theory to this decision-making process. The research results indicate that blameworthiness is the primary reason that searches are performed for the entire sample of traffic stops as well as those for the Black and White subsamples.

Abstract : The current study attempts to build upon previous analyses of capital sentencing in Kentucky and other states. Using data compiled from official court records compiled by the Kentucky Department of Public Advocacy, we examined death eligible homicide cases for the years 2000–2010 for the state (N=359). Multivariate analysis determined that the death penalty in Kentucky was sought 3.17 times or 217 % more when the victim is female. It also found that cases featuring a black defendant and a white victim were 56 % less likely to result in a plea than cases featuring other defendant/victim racial combinations. Despite legal requirements, Kentucky fails to collect data to assess the factors that influence the seeking and imposition of the death penalty.

Professor Deborah Keeling, Justice Administration, with LMPD released the findings from the "Vehicle Stops Report" that she prepared for the police department at Chief Steve Conrad’s request. This report was an analysis of a year’s worth of Louisville Metro Police traffic stops. The report was the fourth she has done for LMPD since 2004 but the first released publicly. See the full report and associated story at WFPL’s website. See more coverage on the WDRB, WLKY, and The Courier-Journal websites.

As social networking continues to evolve and expand, the opportunities for deviant and criminal behavior have multiplied. Social Networking as a Criminal Enterprise explores how new avenues for social networking criminality have affected our criminal justice system.

Harry E.Allen , Bruce Ponder and Edward J. Latessa, CORRECTIONS IN AMERICA, 13th edition (2013). This is the longest continually published textbook in the field of corrections. At work on the 14th edition. Corrections in America has been the best-selling text in the field since the 1970s. The 13th edition continues its established tradition of comprehensive, student-friendly coverage with extensive supplemental material. It covers virtually all aspects of corrections, including its history, prisons in the present, correctional ideologies, sentencing and legal issues, alternatives to imprisonment, institutional corrections, and correctional clients.

Researchers from the UK College of Pharmacy’s Institute for Pharmacy Outcomes and Policy (IPOP) received a two-year, $363,000 grant from the National Institute of Justice to study prescription drug monitoring programs. Faculty members Karen Blumenschein, Trish Freeman and Jeff Talbert are collaborating with co-investigators Gennaro Vito and George Higgins from the University of Louisville Department of Justice Administration on the project, which is entitled “Optimizing Prescription Drug Monitoring Programs to Support Law Enforcement Activity". 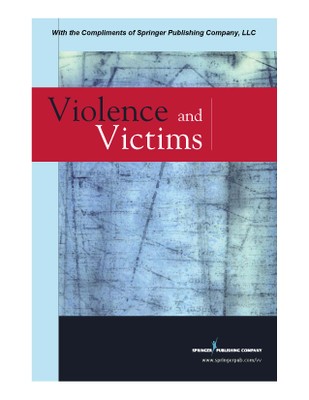 Professor Gennaro F. Vito has received two research grants recently. The first is from the Proteus Foundation to continue the study of capital sentencing in Kentucky in conjunction with the American Bar Association. The second study will begin in 2013, funded by the National Institute of Justice in conjunction with the University of Kentucky School of Pharmacy is a multi-state analysis of prescription drug monitoring programs (PDMPs). Professor George Higgins is a co-principal investigator on both grants. Here is a sample of Dr. Vito’s most recent publications:Vito, A.G. & Vito, G.F. (forthcoming). “Lessons for Policing from Moneyball: The Views of Police Managers – A Research Note.” American Journal of Criminal Justice.

Michael Lewis’ book Moneyball demonstrates how Oakland A’s General Manager Billy Beane used research evidence to improve his team’s performance in a cost-effective manner. This presentation focuses upon the responses of police managers attending the Administrative Officer’s Course in the Southern Police Institute at the University of Louisville. The respondents identified three elements of Moneyball that could be applied to police management: 1) using statistical analysis to guide operations, 2) challenging the status quo, and 3) doing more with less.

“Characteristics of Parole Violators in Kentucky.”  Federal Probation, Vol. 76, No. 1. The data for the present study comes from the Kentucky Department of Correction’s (KDOC) official reports on offenders from July 2002 to December 2004. The data for this study are drawn from offenders paroled during this 30-month period. This resulted in a sample of 10,912 offenders. For each offender, data was collected on whether they returned to prison and, if so, the circumstances surrounding their return (i.e., when and for what reason/offense). All parolees were followed for a period of five years post release.

Results: Findings indicate that extralegal characteristics including victim behavior at the time of victimization and victim moral character were important factors when evaluating victim credibility. In the absence of corroborating evidence, victim credibility was considered the most critical factor in decisions to arrest and present cases to prosecutors. Finally, important distinctions were revealed between juvenile and adult investigators regarding the evaluation of credibility.

Conclusions: Police investigators’ decisions are guided by their perceptions of the characteristics necessary for prosecutors to accept charges in sexual assault investigations. Among these characteristics, victim credibility appeared to be the most important.

Menaker, T. A., Campbell, B. A., & Wells, W. (In Press). The use of forensic evidence in sexual assault investigations: Perceptions of sex crimes investigators. Violence Against Women.

Abstract:  There are approximately 18,000 police agencies employing 750,000 police officers in the United States in order to police a population over 300 million citizens. In addition, sketchy estimates state there are 400,000 police reserves assisting full-time sworn officers in their duties. One major subgroup of these police reserves are summer police officers (“summer cops”) who serve full-time during the tourist season in mostly beach communities. There has been little to no research into this subpopulation of police officers and little is known about their background and reasons for becoming summer reserve officers. In order to fill this gap in the literature, this study used participant observation and in-depth interviews to assess 15 summer officers in a Maine police department. The study presents major findings about their backgrounds, motives, and goals for becoming summer police officers, as well as their experiences in becoming summer cops and perceptions of training.