Browse our new online store for SOM swag and support the SOM scholarship fund with your purchase.

The UofL Jazz Studies Program is recognized throughout the nation and world for its commitment to quality and innovative programs.

Our mission at University of Louisville Music Therapy Clinic is to make lives in Louisville richer and healthier through music. 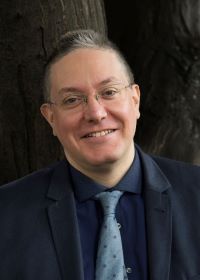 LOUISVILLE, Ky.—The Notre Dame Cathedral fire and the death of an esteemed colleague influenced the creation of “Litanies,” said Julian Anderson, a British composer who today was named winner of the 2023 University of Louisville Grawemeyer Award in Music Composition for the work.

“Notre Dame burned while I was writing the piece,” he said. “It was traumatizing to watch such an important icon of civilization go up in flames. The experience affected my writing.” A year earlier, as Anderson was beginning “Litanies,” Oliver Knussen, an acclaimed British composer, conductor and close friend of his, died, prompting Anderson to write the slow movement of the work in his memory.

Radio France, Hong Kong Sinfonietta, City of Birmingham Symphony Orchestra and chamber orchestras in Norway, Sweden and Switzerland commissioned the winning, 25-minute concerto for cello and orchestra, which German cellist Alban Gerhardt and the National Orchestra of France premiered in 2020 at Radio France Auditorium. Anderson dedicated the concerto to Gerhardt in recognition of his special qualities as a cellist, he said.

“The piece explores virtually every sound a cello and orchestra can make together,” said Marc Satterwhite, who directs the Grawemeyer music award. “It spans a vast emotional range and is constantly inventive, but always toward an expressive end, never for the sake of novelty.”

Anderson, 55, studied with John Lambert, Alexander Goehr and Tristan Murail early in his career. Boston Symphony, New York Philharmonic and Cleveland Orchestra have commissioned his work, and ensembles across Europe and the United States have performed “Khorovod” and “Alhambra Fantasy,” his most played pieces. In April, “Exiles,” a piece he wrote in 2021 for voices and orchestra, premiered in Berlin.

A professor of composition and composer-in-residence at Guildhall School of Music & Drama in London since 2007, Anderson also has taught music composition at Harvard University and the Royal College of Music. In 2021 he was named a Commander of the Order of the British Empire (CBE) for his outstanding service to music.

Schott Music Ltd. publishes his compositions written after mid-2014 and Faber Music, those written before.

Recipients of next year’s Grawemeyer Awards are being named this week pending formal approval by trustees. The annual $100,000 prizes also honor seminal ideas in world order, psychology, education and religion. Recipients will visit Louisville in the spring to accept their awards and give free talks on their winning ideas. 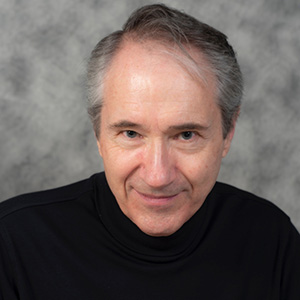 Recipient of a “Best of Louisville” Award in Music, Steve Crews has taught piano and jazz studies in Louisville since 1978. A Louisville native, he received his bachelor’s and master’s degree in Piano Performance from the University of Louisville. From 1978 to 1990 he served on the music faculty of Bellarmine University and was honored with Local 11-637’s 1991 “Musician of the Year” Award.

Crews was an Assistant Professor of Music at the University of Louisville. A former President of the School of Music Alumni Association and board member of the Friends of the School of Music, he was a recipient of the 1998 UofL Alumni Service Award. Crews taught for ten years at the Aebersold Summer Jazz Workshop. He was awarded a 1995 Al Smith Artists’ Fellowship for composition by the Kentucky Arts Council. Crews was selected as a member of the Leadership Kentucky Class of 1999.

Crews is a pianist, composer, and arranger. Having often performed as an auxiliary member of the Louisville Orchestra, Crews’ trio was featured on the NightLites series. He was a featured soloist with the University of Louisville Band. His arrangement of The Judy Dances was a Louisville Ballet premiere.

Crews’ performances have taken him from Perm, Russia (the International Jazz Festival) to Cork, Ireland (the Guinness Jazz Festival) to England and Wales (with the UofL Jazz Ensemble. Since 2001, Crews has performed regionally in schools with the Jammin’ with Jamey program, playing regularly with the Jamey Aebersold Quartet. He has appeared as the pianist with the Harry James Orchestra. Crews is the house pianist at Louisville’s Jack Fry’s.

Crews earned his private pilot’s license from Bowman Field. He has lived in Louisville’s Clifton neighborhood for 31 years with his wife Debbie Shannon.

This year’s winners are: Timothy Smith for Composition, and Lize Dreyer and Roman Wood for Concerto.

Lize Dreyer graduated in May of 2021 with a BM in Cello Performance and minor in economics. Originally from Pretoria, South Africa, Lize has lived in Louisville with my families for seven years.

“The COVID-19 pandemic and limited performance opportunities of the past year have meant that any chance I get to play for people is an invaluable experience, and I can’t wait to come back next year and perform with the U of L Symphony Orchestra! The piece radiates a barely controlled frenetic energy that I think many of us can understand at a deeper level after the year we’ve had! More than anything, I’m extremely grateful for the opportunities I’ve had while studying at U of L, especially the chance to study and grow with Mr. York.”

Roman Wood graduated in May 2021 with a bachelor’s degree in cello performance. He is from Mount Sterling, Kentucky. Additionally, he will be returning to U of L for graduate work.

“I do not come from a music family. Truly, my parents do not know the first thing about classical music. However, that has never stopped them from pushing me to become the best person and musician that I can be. Even when I have had extreme doubts about my abilities, they have given me the courage, strength, and will to preserve. I am extremely grateful to have received this award and recognition, but truly, it also belongs to my family.”

Timothy Amalavage-Smith just finished his MM-Composition from UofL, writing an orchestral piece as his thesis under the direction of Professor Marc Satterwhite. He got his bachelor's degree of music in composition from the University of Alabama.

“I have often thought about music visually and so this piece draws on that connection. Specifically, I have always been a fan of impressionistic art and, inspired by Lei Liang's Grawemeyer lecture, decided to study the technique and ideas behind visual impressionism in order to create rules for the piece to follow.”