The McConnell Center is one of 25 member institutions participating in Harvard University’s Institute of Politics’ National Campaign for Political and Civic Engagement. This consortium works to promote voting and civic engagement on college campuses throughout the U.S.

Each fall, the National Campaign hosts a conference on Harvard’s campus, bringing student representatives to attend skills workshops, share the work they have done in the past year to promote civic engagement at their schools and brainstorm ways to encourage students all over the country to become more politically and civically engaged.

Two McConnell Scholars are selected, based on program performance, to become National Campaign Ambassadors each academic year. These students are selected because of their outstanding dedication to their communities and commitment to fostering a civically minded campus. Responsibilities for National Campaign Ambassadors include collaborating with other school Ambassadors on shared project or awareness campaigns, participating in the annual conference, contributing to the IOP blog and participating in consortium-wide virtual events. 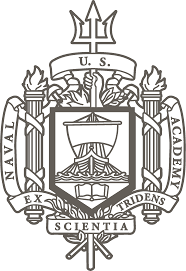 The U.S. Naval Academy hosts an annual leadership conference that includes more than 400 participants from over 45 military and civilian colleges. The conference addresses leadership topics relevant to government, business and academia, as well as the military.

The McConnell Center has sponsored the following McConnell Scholar delegates at the conference: