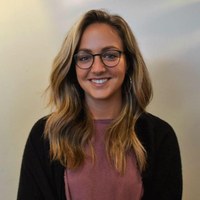 Chloe Zoeller, a 2016 graduate of the McConnell Scholars Program, has recently returned from her time as a Fulbright Scholar in Neiva, Colombia.

Fulbright, a premier international scholarship of the U.S. government, was started in 1946 by Sen. J. William Fulbright to provide competitive, merit-based scholarships to highly qualified individuals in the U.S. in an effort to engage in cultural exchange. Zoeller is one of thirteen McConnell Scholars to have been selected for the honor.

There were 56 Fulbright ETAs in Colombia this year—a major expansion that coincided with the country's drive to become bilingual under a program titled: Colombia Bilingue. Zoeller was the first Fulbright Scholar, alongside three others this year, to live in Colombia's Huila region in the 60 years of the program's history.

“I have made incredible friends through Fulbright, and I am confident that I will stay in contact with them in the future. It has been a pleasure meeting so many driven, like-minded individuals from so many unique academic backgrounds,” Zoeller said.

However, she also admitted that she faced many challenges living in a country in transition, and she specifically cites major bureaucratic and geographical obstacles that contribute to the country’s lack of cohesion.

Zoeller also noted that much of the Colombian population is still poor, undereducated and without access to strong, infrastructural development. She said these challenging experiences have led to a more complex understanding of transitional societies and the true meaning of "peace."

“Personally, I am most thankful to have been here to witness the peace process. As someone who intends on pursuing a career in security studies and foreign policy, it has been an irreplaceable experience being able to be witness to the ramifications of political violence on a society,” said Zoeller.

Zoeller recalled the many positive experiences she had, specifically her time working with young students from an impoverished school near her host university. She said she is thankful to have had the opportunity to openly discuss cultural and political topics, such as race, conflict and gender roles and to healthily analyze these subjects both in U.S. and in Colombian culture.

Zoeller will begin the one-year program in September and plans to continue studying peace and conflict, particularly the future of asymmetric and unconventional warfare. Her academic interests include global trends in the development and deployment of militaries and the role of non-state actors in these shifts, as well as the rise of tribalism as a default position for self-protection from the impacts of globalization and how that further complicates the role of the military in transitional and war-affected societies.

“My original interest in these topics stems from my attendance at the 2015 Student Conference on United States Affairs at West Point, where I co-authored a paper on asymmetric warfare for the Pentagon,” Zoeller said. “My experience at West Point was sponsored by the McConnell Center, so I am very indebted to the program for that. I am excited for all that LSE has to offer, and I would like to thank everyone who has helped me get here.”

Zoeller was also recently selected for a fellowship with Princeton in Latin America (PiLA), a non-profit branch of Princeton University, that has placed 320 fellows with partners in 20 countries in Latin America and the Caribbean. However, after placement, Zoeller decided not to defer her acceptance to LSE.

When asked about the future, Zoeller said she hopes to pursue a career in foreign policy and diplomacy in Washington, D.C.

“I intend on looking into PhD programs in international relations or security studies after working for a few years post-graduation from LSE,” Zoeller said.