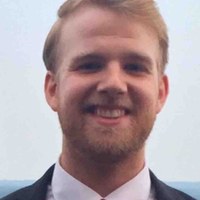 Max Morley, a 2013 graduate of the McConnell Scholars Program, is one of several new faces elected to the Kentucky Education Association’s board of directors.
With four years of classroom experience under his belt, Morley was elected by his peers to serve as a Jefferson County Teachers Association representative to the KEA. The term will expire in 2019.
“I felt that as someone who has experience in education and Kentucky politics that I could help navigate a truly new era that our teacher associations are facing,” Morley said.
Morley worked on Steve Beshear’s gubernatorial re-election campaign, as well as Jack Conway’s campaign for governor.
He presently teaches global civilization to 130 seventh grade students at Ramsey Middle School. He previously taught two years of language arts in Memphis through the national Teach For America program.
“This is a new day for educators in the state. We’ve worked with a Democratic House for more than 100 years, but what was once hypotheticals — charter legislation, becoming a right-to-work state and significant changes to teacher retirement — is now a real conversation in politics and education,” Morley said.
Morley is originally from Pikeville and studied political science and communication at the University of Louisville.