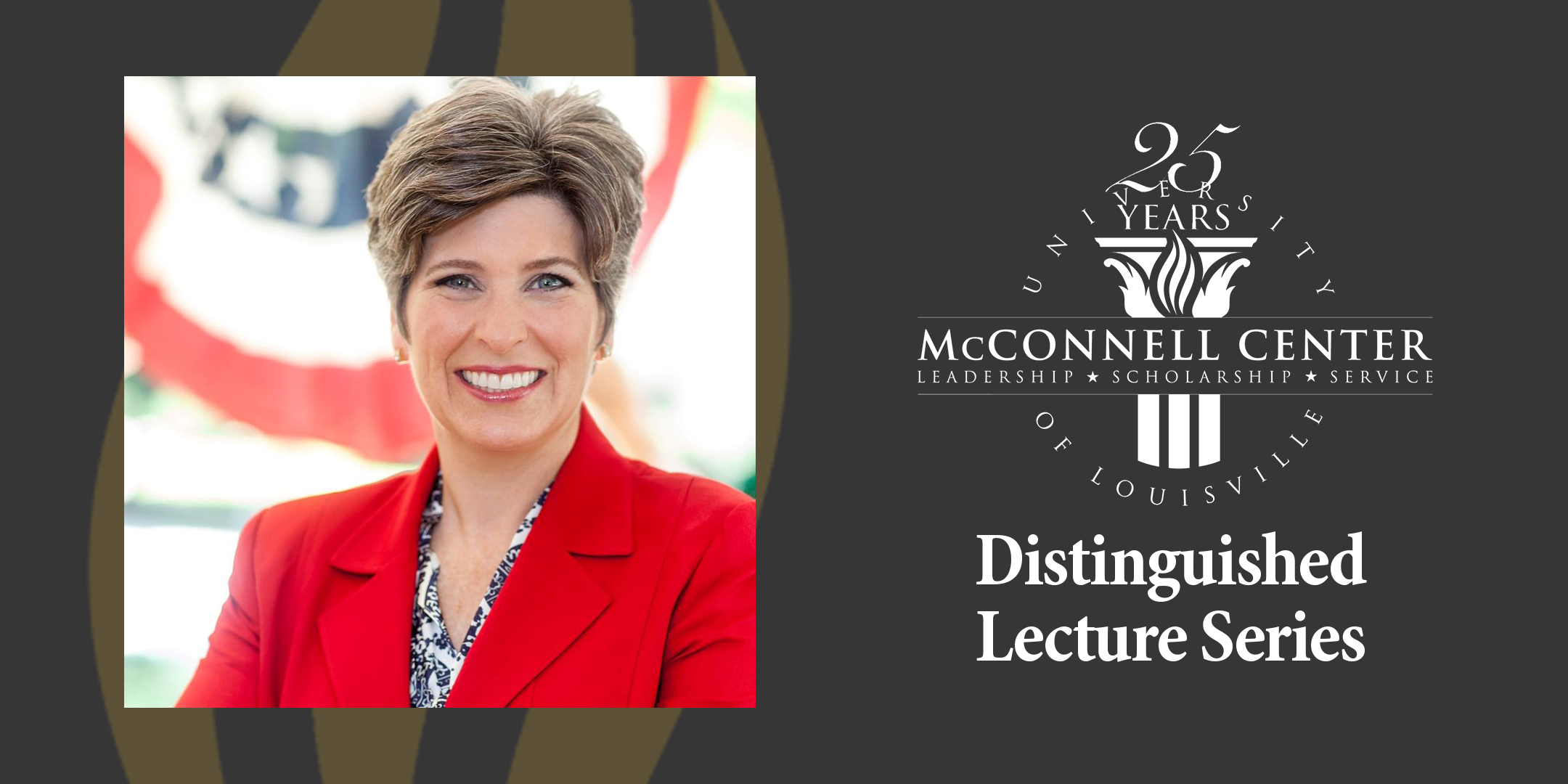 Joni Ernst, a Republican U.S. senator from Iowa, will speak Oct. 21 at the University of Louisville as the 49th speaker in the McConnell Center’s Distinguished Lecture Series.

The free, public talk hosted by the McConnell Center is scheduled to begin at 10 a.m. ET in Bigelow Hall, located in the Miller Information Technology Center on UofL’s Belknap Campus.  Tickets are required and must be requested online.

In November 2014, Ernst became the first female combat veteran elected to serve in the U.S. Senate. She served in the military for over 23 years. She was also elected as the first woman to serve in federal elected office from Iowa.

Known for her independent leadership and commitment to public service, Ernst previously served as the Montgomery County Auditor where she worked to reduce  government spending. As a state senator, she fought to balance the state budget and helped turn Iowa’s $900 million budget deficit into a $1 billion surplus.

Ernst resides in Red Oak, Iowa with her husband Gail and their daughter Libby.