(Oct. 27, 2015) LOUISVILLE, Ky. - Five freshmen were selected for a leadership development program at the University of Louisville. 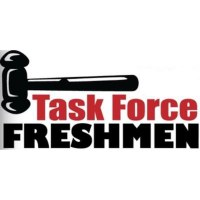 Five freshmen McConnell Scholars have been chosen to participate in the University of Louisville’s Task Force Freshmen, a competitive first-year program that focuses on leadership development and professionalism in student government. The program is limited to 30 UofL freshmen.

The Task Force Freshmen program connects students to a mentor in the UofL Student Government Association in hopes that students seek on-campus leadership position in the future.

Mason was matched with the Student Activities Board’s Director of Finance. “Task Force Freshmen was suggested to me by an upperclassman McConnell Scholar who said it was a great way to jump into student government,” Mason said. “I’ve really enjoyed my new role within SGA. I’m sure there is so much more to come, and I can’t wait.”

The five Scholars will also have the opportunity to work on a public policy project in a partnership with the Roosevelt Institute. Topics range from education to defense and from diplomacy to healthcare. Students will implement their policy projects on campus or in the community next spring.