EVENT: Insight into the 2010 Election

(November 12, 2010) LOUISVILLE, Ky. - Dr. Laurie Rhodebeck (U of L political science), Al Cross (director of the Institute for Rural Journalism and Community Issues) and two political insiders analyze the strategies and outcomes of the 2010 elections. 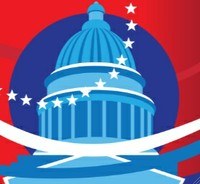 Four local campaign experts will analyze the outcomes of the 2010 mid-term elections in a 90-minute session at the University of Louisville (map). The event is scheduled for Nov. 12, 2-3:30 p.m., in Ford Hall.

Dr. Laurie Rhodebeck, an associate political science professor at the University of Louisville, will moderate. Rhodebeck's research focuses on American politics, parties and elections and media and politics.

Other panelists include a former chief political writer for The Courier-Journal, and two former McConnell Scholars and graduates of the U of L political science program.

Al Cross is the director of the Institute for Rural Journalism and Community Issues at the University of Kentucky and former Courier-Journal reporter. He spent more than 15 years as the Louisville newspaper's chief political writer, covering presidential to local elections and all facets of state government.

Scott Jennings is currently a senior strategist at Peritus Public Relations. He served as a special assistant to President George W. Bush and deputy White House political director. He has also been a senior adviser to the Republican Party of Kentucky. Jennings is a former McConnell Scholar (2000) and graduate of the U of L political science program.

Vince Gabbert is currently the executive assistant to the president of Keeneland Thoroughbred Racing and Sales. Gabbert served as deputy chief of staff for Gov. Steve Beshear prior to joining Keeneland. He was the Senate Caucus Director for the Ky. Democratic Party from 1999 through 2002. Gabbert is a former McConnell Scholar (1998) and graduate of the U of L political science program and Brandeis School of Law.