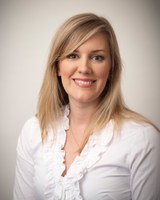 N. Susan Gaines Laehn, PhD, is co-editor of a new book, Welcoming the Other: Student, Stranger, and Divine, set to release Jan. 31.

The collection of essays addresses efforts by philosophers, artists, caretakers and teachers to reestablish a foundation for community and political life. Contributors note that in a postmodern age in which the primacy of ego has reduced "community" to a mere assemblage of individuals, many individuals forge community and meaningful relationships with strangers—often in the classroom and public square.