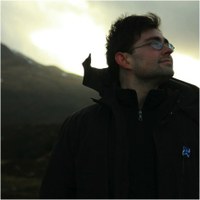 Adam Dahmer, a 2013 graduate of the McConnell Scholars Program, was one of only five students to receive the 2015 Edinburgh Gaelic Award. Dahmer is a current graduate student at the University of Edinburgh in Scotland pursuing a Masters in Celtic and Scottish Studies. He was the only non-British student to receive this top award, which honors scholarship, citizenship, leadership and commendable efforts to promote the Gaelic language and culture.

Dahmer has volunteered with the An Comann Ceilteach and Bothan committees to further the Celtic culture and language.

“I feel honoured to have received the award. It really is reaffirming to have been welcomed so unreservedly into the Edinburgh Gaelic community. My hope is that this recognition presages many years of productive involvement with the Gaelic revitalization movement,” Dahmer said.

Dahmer graduated with a Bachelor of Arts in Spanish and political science from the University of Louisville in 2013.