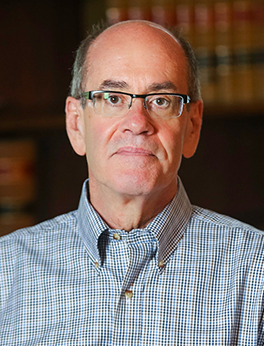 John Cross, Grosscurth Professor of Law at Louisville Law, has been selected as the recipient of a Fulbright Scholar award for the 2020-21 academic year.

Pursuant to this award, he will teach and conduct research at the University of La Laguna in Spain (Canary Islands) during the spring 2021 term.

This is Cross's third Fulbright. He also served as a Fulbright Scholar in Finland in 1995, and as the Novell Distinguished Fellow in Ireland in 2000. It is relatively rare for an academic to receive even two Fulbright awards, and only a handful of scholars have received three awards during their career.

In Spain, he will be teaching two courses — International Intellectual Property Law and Private International Law (known as Conflict of Laws in the United States).