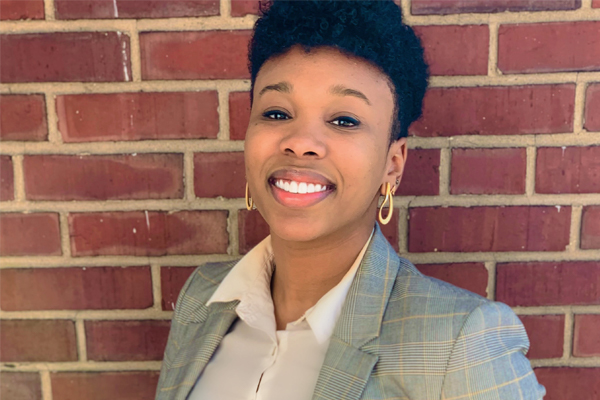 When Anora Morton, a rising 3L at the University of Louisville School of Law, entered law school, her goal was to be a public defender.

She was interested in representing clients facing an uphill battle, and — like many of her Black family members and friends — believed Black prosecutors were not to be trusted.

But Morton, after interning with the Kentucky Department of Public Advocacy, decided to seek experience on the other side of the V. She performed service hours with the Office of the Commonwealth's Attorney and was asked back as a clerk. The office also wants to hire her as a prosecutor after she passes the bar — a role she is eager to take.

So what caused her change of perspective?

"The misconception is that prosecutors put us — Black people — in jail. From the outside, that's what it looks like," she says. "I completely understand people who have that perspective. At the same time, it has to do more good than harm to have more people with different viewpoints and experience in that role."

This is the argument Morton makes in a recent column published in LEO Weekly. In her column, Morton acknowledges that "the average Black layperson perceives Black prosecutors to be the enemy."

Since working with the Commonwealth's Attorney, Morton has come to see the opportunities she could have as a Black prosecutor to change the system from within.

"I want to be on that end so I can work with pubic defenders on that end," she says. "I think we need more diverse people on that end to see things differently."