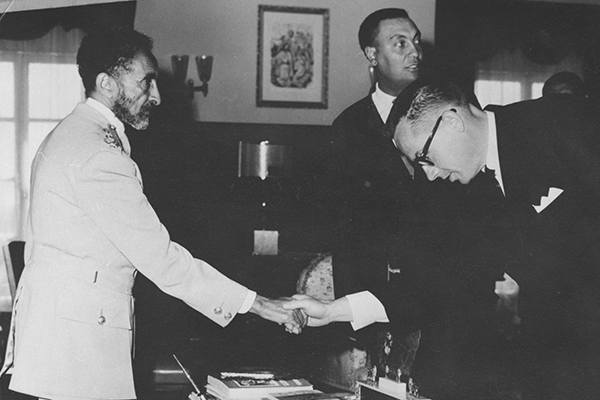 Laurence W. Knowles, a professor at the University of Louisville School of Law for nearly 40 years, died on October 17, 2018.

Knowles, who served on the law school faculty from 1959-1997, taught constitutional and business law.

“Although I didn’t have the privilege of working with Professor Larry Knowles, his influence as a legal educator and scholar can be seen in the generations of lawyers he taught," says Dean Colin Crawford. "Larry was well-respected by his colleagues and students, who appreciated his intellect, his skill as a faculty and student mentor, his intelligence and his sense of humor.”

Knowles earned a bachelor's degree from LaSalle College, an LL.B. from Rutgers University and an LL.M. from Yale University.

At the University of Louisville, Knowles established the Journal of Law and Education and was its executive editor for many years.

"Larry was always a kind man," says Professor Grace Giesel. "He was generous with his time. He always had a great sense of humor and would joke about whether he could teach his house cat to pass the bar. Larry was never cross or angry; he would rather make his point with humor and clarity. I will miss him."