Louisville Law has been support system for nontraditional student 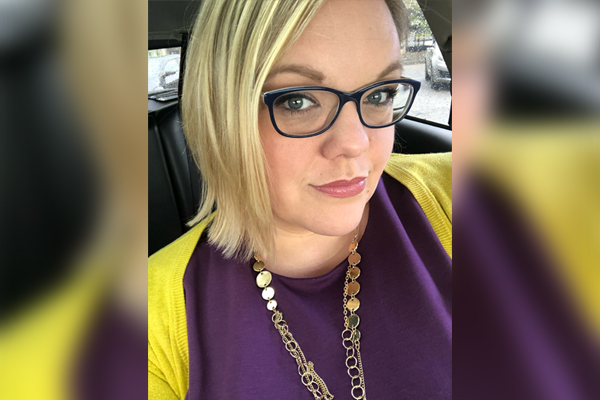 Jessica Moore had once considered her dream of attending law school to be too far-fetched to become reality: She is a single mother of a child with special needs and would be pursuing law as a second career.

As a social worker with Child Protective Services, she had a drive to help others and spent a lot of time in courtrooms. She often saw Louisville Law students and Professor Shelley Santry, who were there with clients in the School of Law's Ackerson Law Clinic. She was inspired by seeing them at work advocating for their clients.

"I felt like I could never do enough as a social worker. Working for the state, there's always a stopping point. I wanted to go further," Moore says.

She ended up making an appointment to talk with Renée Ferrell, Louisville Law's Assistant Dean for Admissions and Enrollment Management. She expressed her hesitation to Dean Ferrell, who assured her of Louisville Law's commitment to nontraditional students. Moore enrolled in law school unsure but hopeful.

"When you think of law school, you don't think of a sense of community. I was shocked coming in that first day (to feel supported)," she says.

Since she began, Moore's experience at Louisville Law has been better than she could have imagined. In November 2019, her son had a health emergency and had to be transported to a hospital in Cincinnati for intensive care. His doctors advised Moore she would need to drop out of law school to care for him. Dropping out of school would mean she would lose her financial aid.

When she shared this news with the School of Law, Moore says the support she received was incredible. She had been active in the Mediation Clinic, supervised by Professor Santry, who told her they would find a way through. Professor Santry later organized a fundraiser for Moore and her son — money that first-year students spend on binding their briefs went to Moore, and she also received money from the school's student emergency fund, which helped her pay her utilities.

"Professor Santry is one of my heroes," says Moore. "It meant the world that the students and the faculty came together for us."

Dean Ferrell told Moore she would have access to priority registration when she re-enrolled, and Professor Jamie Abrams reached out to ask if she needed anything.

"I never in my wildest dreams expected so much support," says Moore. "There are so many people that are behind me saying, 'We're going to get you through.'"

Moore hopes to re-enroll in law school in the fall of 2020. She eventually hopes to pursue a career in family or education law, inspired in part by her experience as the mother of a child with special needs.