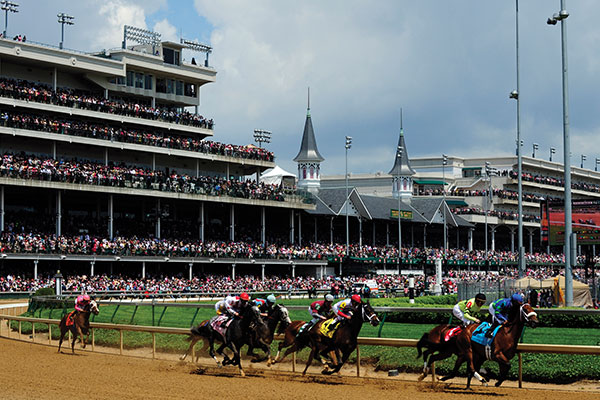 A group of Louisville Law students is putting their training as legal advocates into action by filing a complaint with a Kentucky state agency.

Student fellows with Louisville Law's Human Rights Advocacy Program, along with Professor Sam Marcosson and civil rights lawyer Lisa Bloom, filed a complaint in April 2019 with the Kentucky Horse Racing Commission asking the commission to ban Dubai's Sheikh Mohammed bin Rashid al-Maktoum, his staff and his horses from the Kentucky Oaks and Derby.

Sheikh Mohammed is accused of kidnapping his 33-year-old daughter, Sheikha Latifa, when she tried to escape Dubai last year.

When Bloom, a law school classmate of Marcosson's who has been advocating for Sheikha Latifa's release, contacted him about collaborating on the complaint, he asked the Human Rights fellows if they were interested in getting involved. They began researching statues and procedures and possible sources of evidence to strengthen their case.

"Working on this issue has left me feeling confident of my ability to initiate change and fight for human rights," says 1L Alexa Elder. "While we still do not have a resolution for this issue, I believe that even bringing awareness to this situation is an important step in the right direction.

"Further, although we realized going in that there may be some pushback from our complaint, especially considering how much the horse racing industry means to our city and state, I am proud to be at a university that supported us in the decision to move forward with our cause. I think it sends a strong message to our community that there are attorneys, and law students at our school, who will not stay silent in light of of such egregious human rights violations."

Marcosson praises the students for their commitment, ingenuity and collaboration.

"Their work — in a really direct way — has worldwide impact. You can't replicate that," he says. "Actually living it, experiencing it and seeing it — there's no substitute for that."

"Working on this project with Professor Marcosson, Lisa Bloom and the other HRAP fellows has been an incredible opportunity for creativity and collaboration. All of us, being at different stages in our legal educations and also coming from different backgrounds, have unique ideas and perspectives that informed our research. This project also serves as a powerful reminder that human rights issues touch nearly every aspect of life, even Kentucky horse racing."

Read more about the complaint.