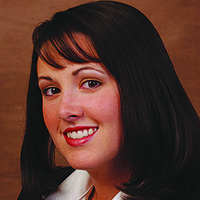 Jennifer Kovalcik, an attorney at Stites & Harbison PLLC, has been named a winner of the 2015 Women of Influence Awards in the category of “Inspiration/Mentor.”

The award is presented by the Nashville Business Journal.

Kovalcik also earned her bachelor’s degree from UofL, graduating with highest honors in Music in Vocal Performance in 1999.

According to the Nashville Business Journal, the Women of Influence Awards honor women who are making a positive impact in Middle Tennessee. Nominations are received from the public and an independent panel of judges consisting of previous Women of Influence award winners select the finalists in 10 categories.

Kovalcik is a trademark and technology attorney. Her practice concentrates on designing and implementing plans for a variety of industries that implicate intellectual property assets, including trademarks, domains, trade secrets, copyrights and software. She also drafts and negotiates software development and licensing agreements among other technology contracts. She is recognized as a “Rising Star” in Mid-South Super Lawyers.

Kovalcik is a board member and Soprano with the Concert Chorale of Nashville. Additionally, she serves on the Board of Trustees for St. Mary Villa Child Development Center volunteers at the Monroe Carell Jr. Children’s Hospital at Vanderbilt University.  She currently serves as Chair of the AIPLA Trademark Law Committee and is the outgoing Program Chair of the Trademark Boot Camp comprehensive training program.